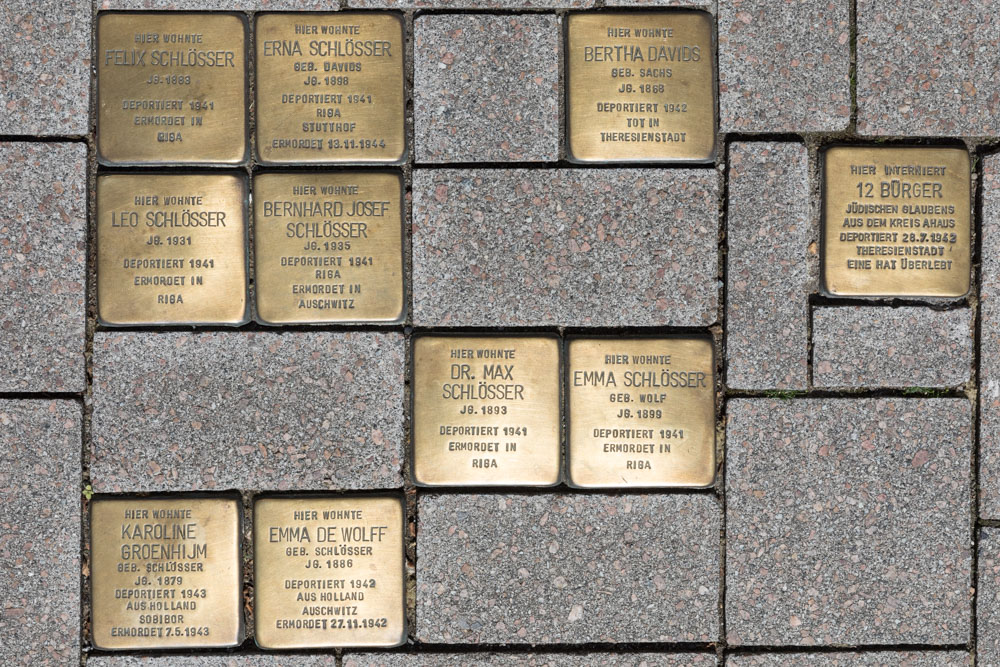 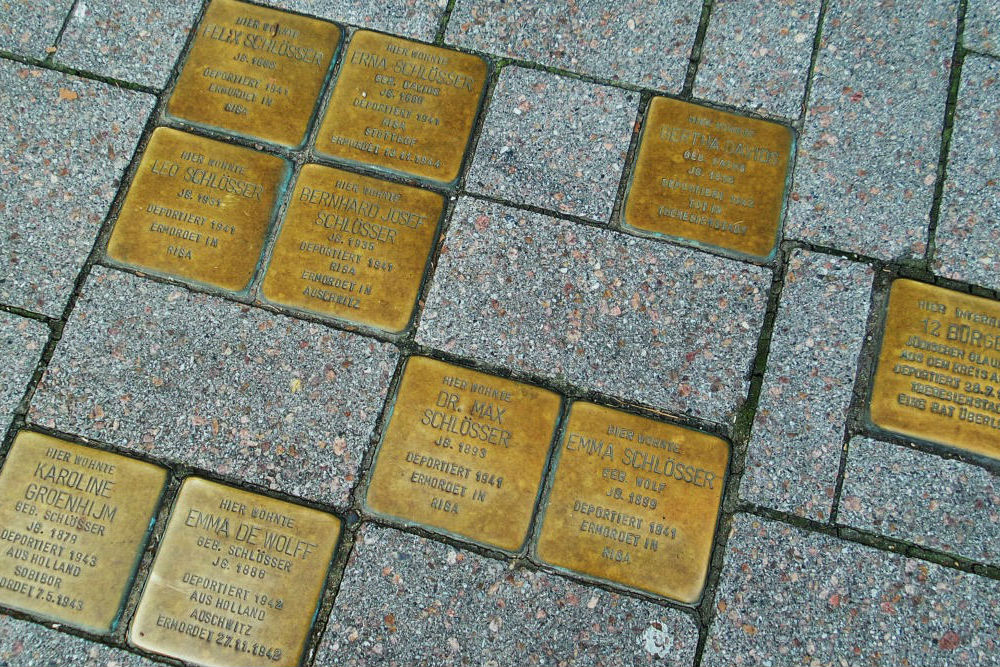 These memorial stones (Stolpersteine or stumbling blocks) commemorate members of the Schlösser family: Felix Schlösser, his brother Max Schlösser, his sisters Karoline Groenhijm and Emma de Wolff and their families. Stolpersteine for another brother, Rudolph Schlösser and his family are at Wessumer Straße 5.

Felix Schlösser and Erna Davids were the parents of Leo and Bernhard Schlösser.

Bertha Davids was Erna Schlossers mother. Berthas brother Albert Sachs was listed as her relative on her Theresienstadt death certificate; it seems that he later died there, too. Dates and places of death are unknown for Berthas 4 other siblings Meyer, Henriette, Taubchen and Friede Sachs. (A baby sister Sophie died at age one.)

This stolperstein commemorates the last 12 Jewish citizens living in the Ahaus district. Mostly elderly or ill, they were interned here in the "Ghettohaus" for a few months before being deported to Theresienstadt. Only one woman survived the deportation: Amalie Wolff, age 80+, from Vreden.

Dr. Max Schlösser, brother of Felix Schlösser (above) and of Karoline and Emma (below) was held in a Gestapo prison and then in Dachau in late 1938. Later, he was deported from Münster in December 1941 to Riga. No information was seen on Emma Schlösser.

Karoline Groenhijm-Schlössers parents and husband Mozes died before the war. One of her daughters - Theresa Bernardina Groenhijm  survived until 1990. Information on two sons Alex (b. 1914) and Bernhard (b. 1915) is lost. Another son and daughter were killed in 1943: Maurits Samuel Grönheim in Auschwitz and Emma Hendrina Grönheim in Sobibor.

Emma de Wolff-Schlösser, younger sister of Karoline and her husband Maurits Marcus de Wolff lived in Hengelo, Netherlands. The couple had no children. They were taken from Hengelo to Westerbork, deported to Auschwitz and killed there on the same day.