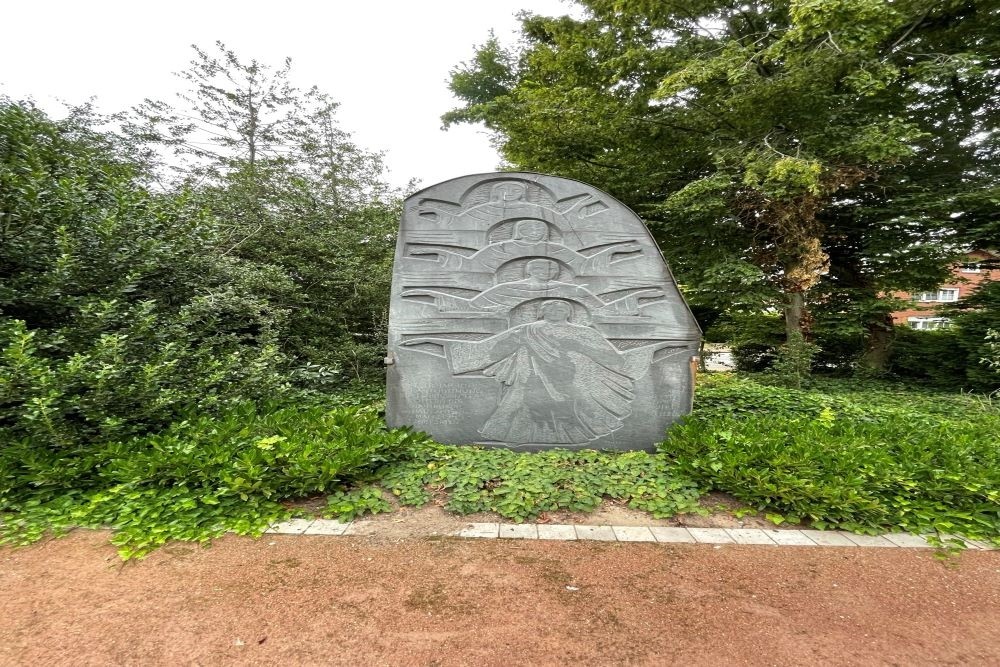 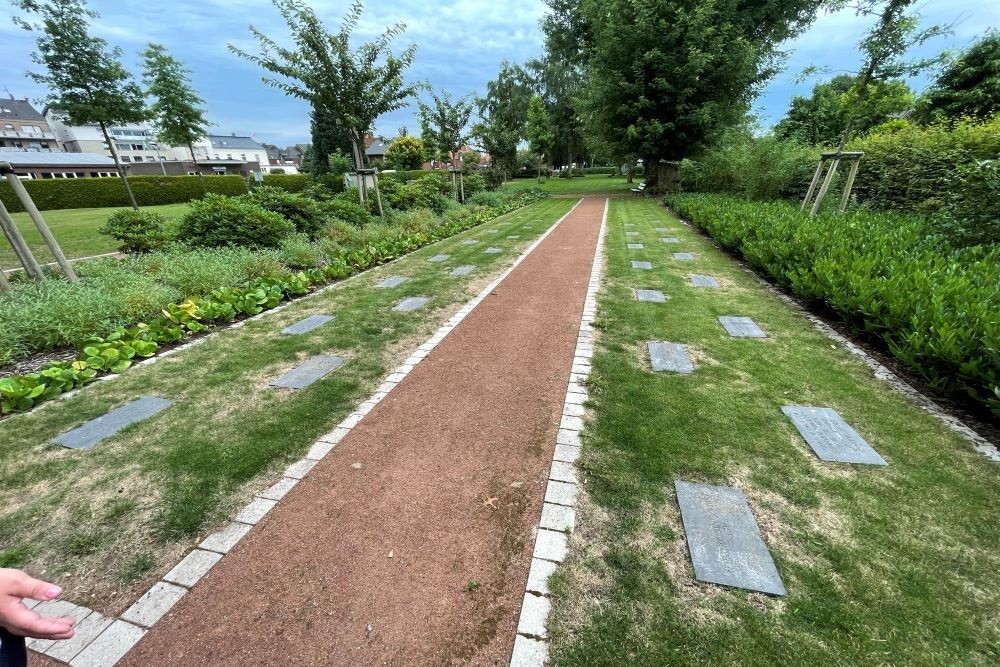 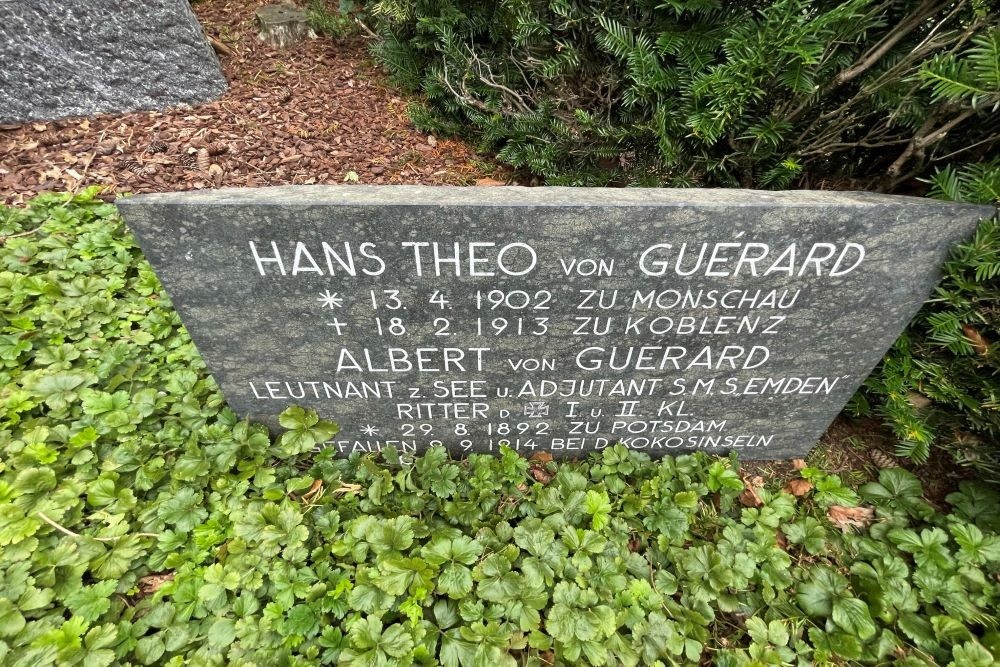 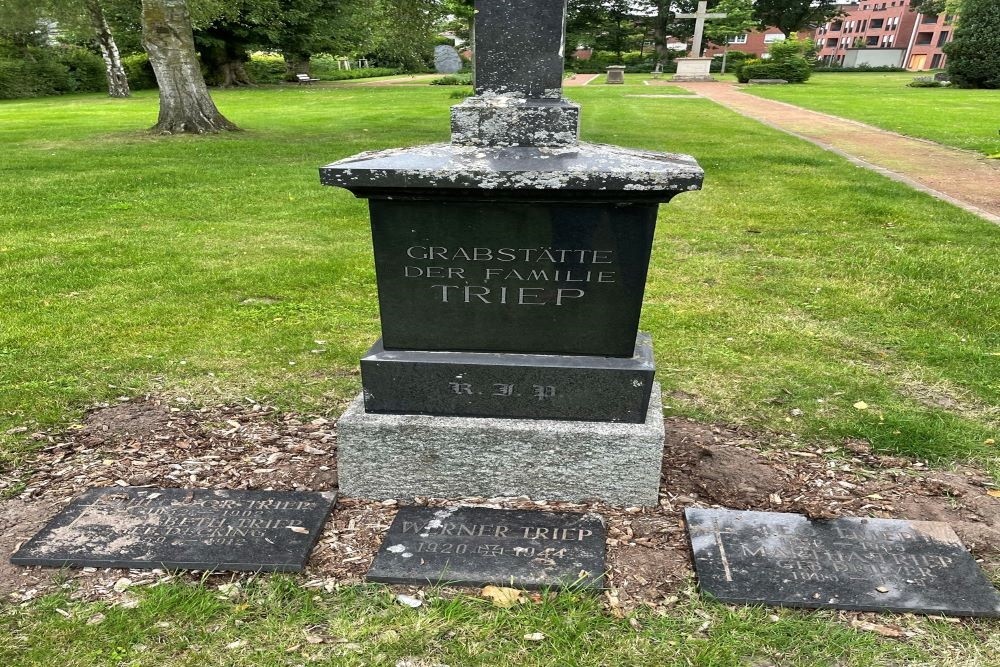 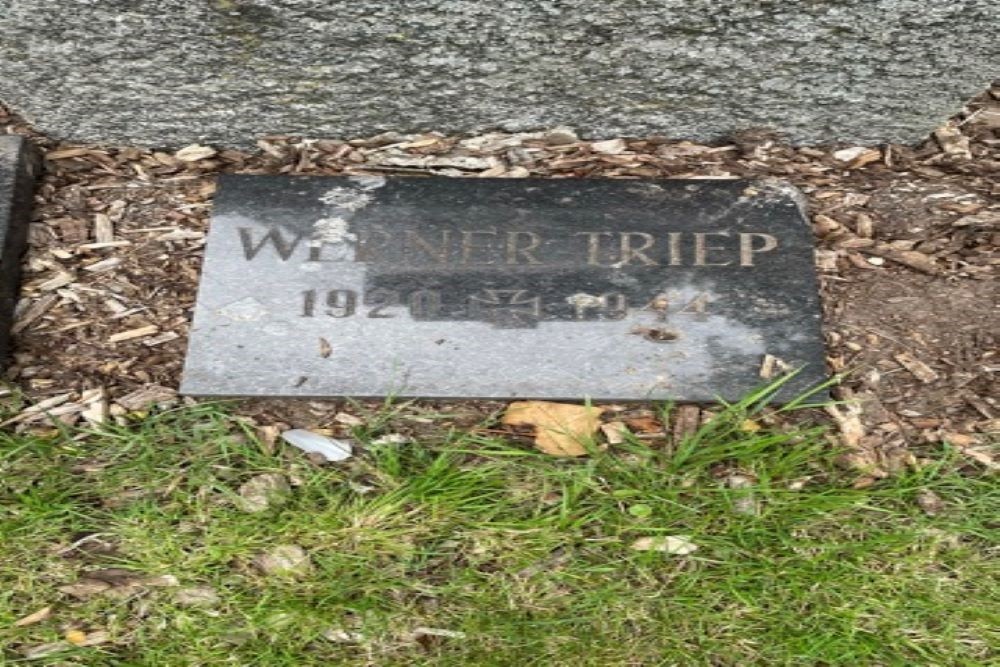 At the old cemetery in Ahaus is a war cemetery. There is 1 large memorial stone and the tombstones of a total of 135 war victims from the Second World War. Most of them were killed in the Allied bombing raids on 11, 21 and 22 March 1945.
Among the victims are 31 different unknown soldiers. Because female, male names and unknown soldiers are also together on grave slabs, it is unclear who is a civilian victim or a fallen soldier.
There are also two German war graves.

- Albert Bernhard Maria von Guerard was born on August 29, 1892 in Potsdam and grew up in the Rhineland. He was killed in action on 9 November 1914 aboard the small cruiser SMS EMDEN off the Cocos Islands.

The large memorial stone on the left reads:
Here Wait
THE BODY OF 112
VICTIMS OF THE BOMBS
that destroyed
AHAUS on March 11, 21 and 22, 1945
on their resurrection

To the right of the large memorial stone it reads:
pray
FOR
their
SOULS