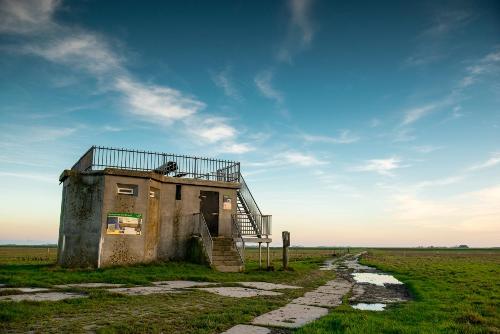 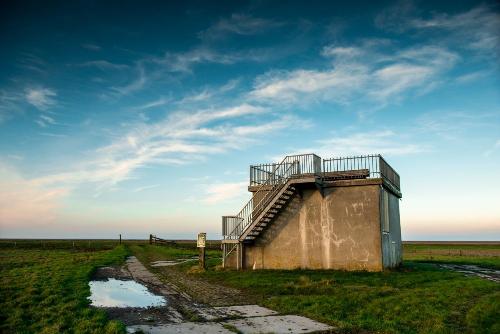 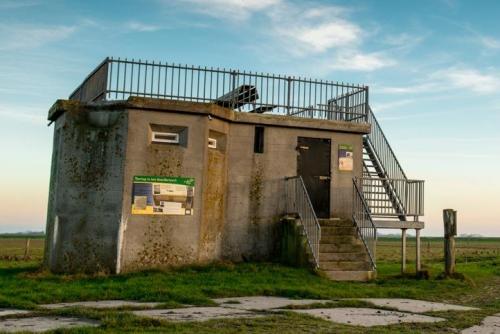 In 1940, the Noarderleech was used by the Germansas a practice area for the Fliegerhorst Leeuwarden. This bunker was built in 1941 as an observation post during the practice bombing and shelling of the Luftwaffe. The walls are more than 50 cm thick and the raised floor made that the observation post remained dry during flooding of the area outside. The Luftwaffe also built two large wooden ship models that served as target practice.

Near the bunker on July 16, 1943 a Messerschmitt Bf 109 "Gelbe 3" crashed down by a control error of the pilot. The plane penetrated due to its velocity deep into the soft soil of the area outside. Both pilot and plane were never recovered. The crash site is the only surviving Luftwaffe field grave in Friesland. In the seventies the wooden memorial was removed.