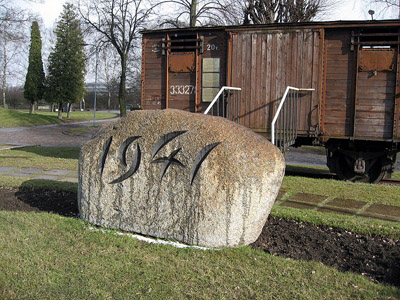 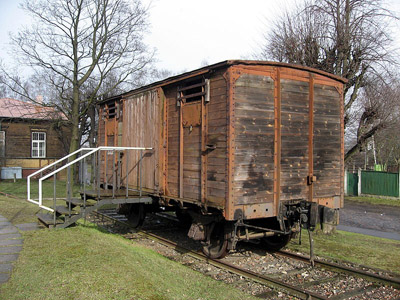 This railroad car commemorates the mass deportations by the communist regime in 1941.

A plaque atached on the railroad car, reads:
"In such railroad cars more than 16,000 residents were deported to distant regions of the USSR on June 14th, 1941. Guilty of this crime is the communist regime. Its executors were the members of the state security apparatus and their supporters. This railroad car has been placed here as a memorial to the deportees by the Latvian Occupation Museum in cooperation with Latvian Railways."