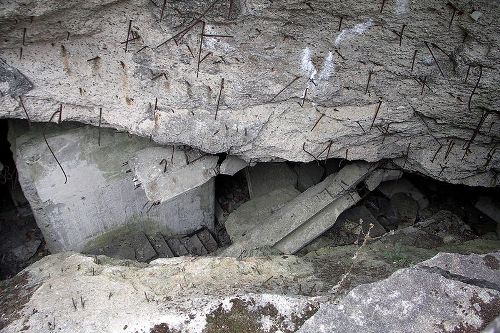 The construction of this underground bunker complex began in 1939. Due to the enormous threat of air bombing it was decided to transfer the headquarters of the Oberkommandos der Kriegsmarine (OKM) seated in Berlin to this complex. From 30 January 1943 till 19 April 1945 "Koralle" remained in this function. The Befehlshabers der U-Boote (BdU), which directed all of the U-boat activities, was also situated here. The OKM headquarters was transferred once again due to the threat of the approaching Red Army to Plön on 19 April 1945. The Red Army detonated most of the bunkers after the Second World War.

The complex today:
It is currently abandoned.