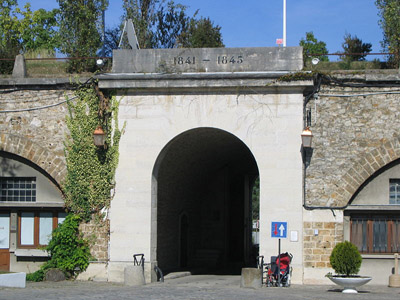 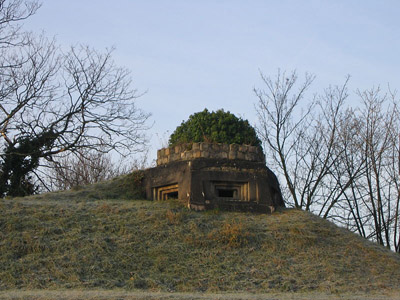 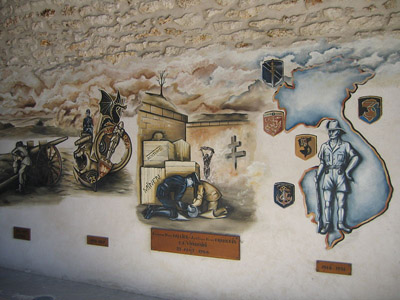 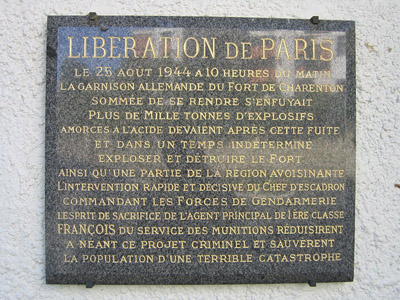 Charenton was part of the ring of fortresses around Paris and it was built between 1841 and 1845.

During the Battle of France in 1940, the garrison consisted of men from the 32ème Régiment Divisionnaire. During the German occupation munition was storaged within the fort and there stood a radar installation. The Germans also constructed a couple of casemates, each armed with a heavy machine gun, on top of the fort. Before the German troops abandoned Charenton on 25 August 1944, they hided tons of explosive materials in the basement. Thanks to the immediately interference by bomb expert Roger François, the destruction of a large part of Paris was avoided. A plaque (picture 4) attached on a wall of the fort commemorates this event.

From 1944 to 1950, the fort was used to detain political enemies and collaborators.

The fort today:
It is currently used by the Gendarmie. 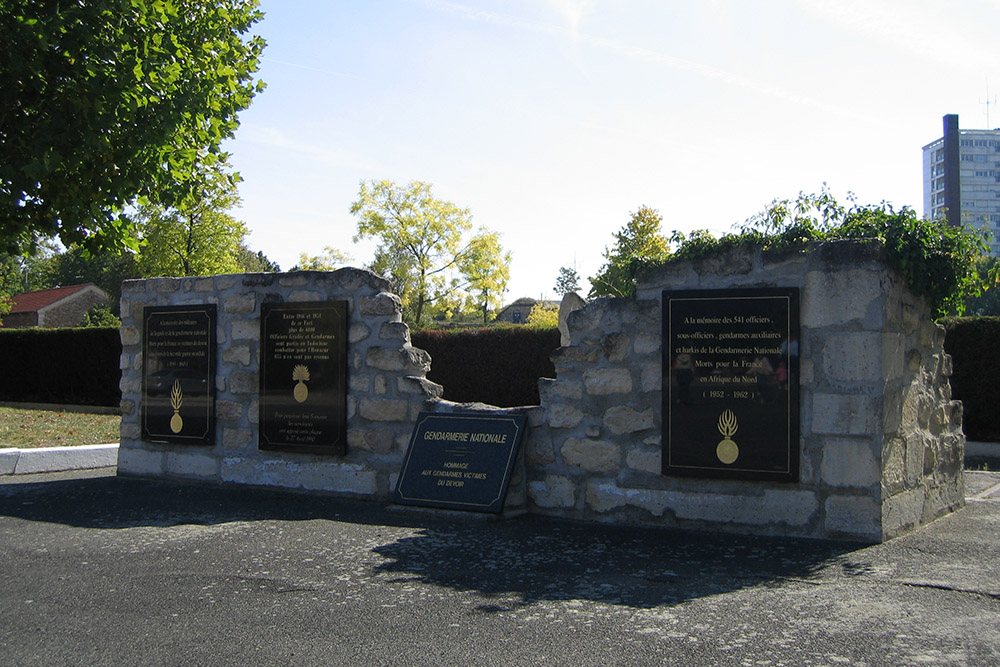 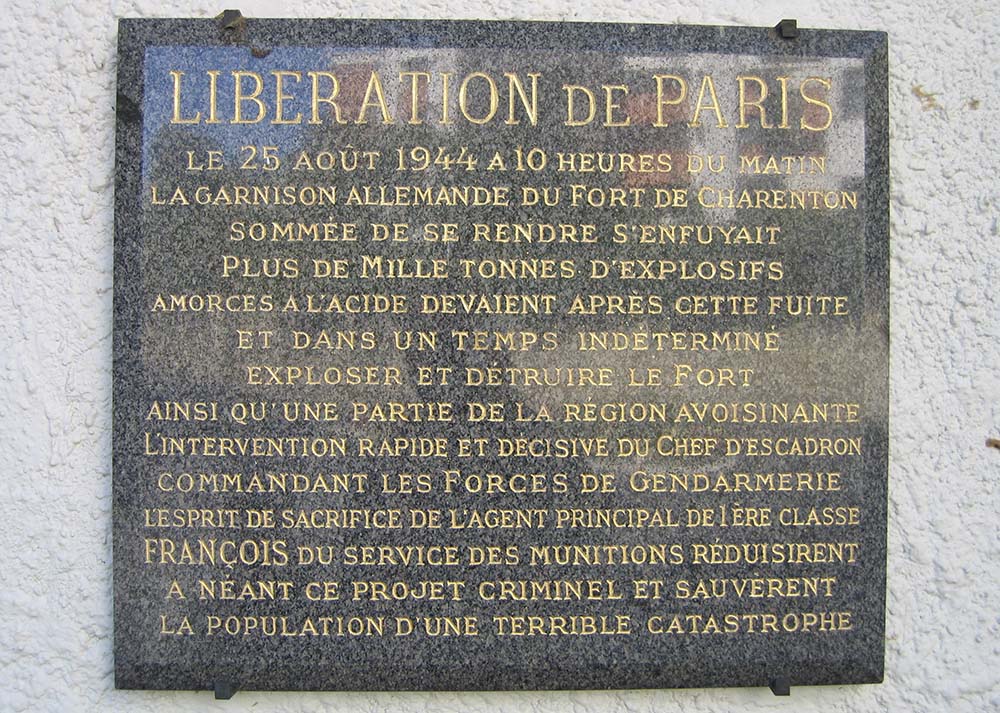