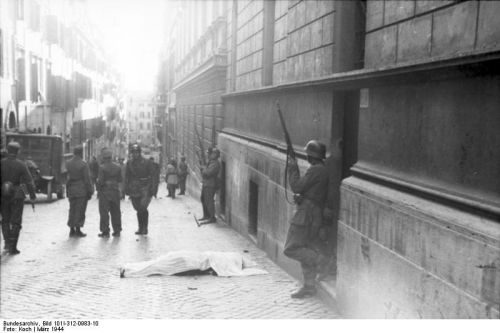 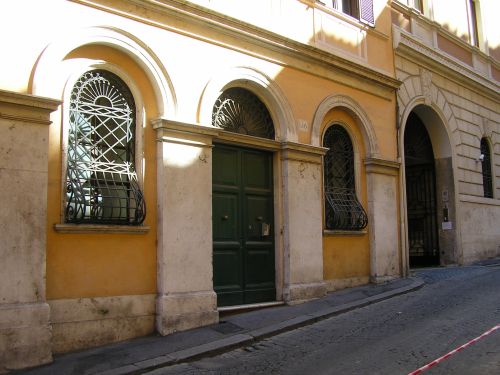 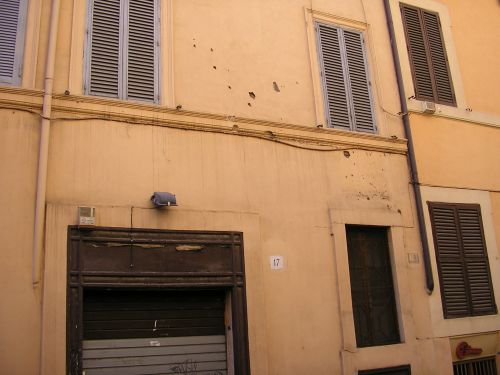 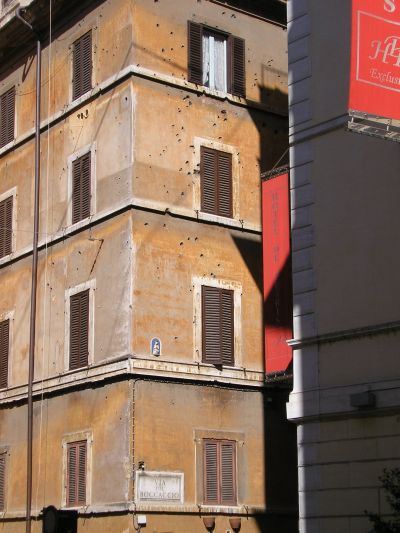 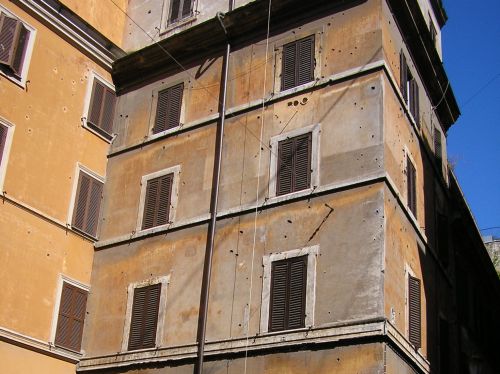 The resistance organisation Comitato de Liberazione Nazionale (CLN) did a combined bomb-attack and assassination on the 11th Company, 3rd Battalion of the SS-Polizei-Regiment "Bosen" in the Via Rasella on March 23rd, 1944. Inside the Via Rasella a dumpcar filled with explosives was detonated in front of No. 156 and resistance fighters fired from the direction of the Via Boccaccio. From the top of the street, out of the Via Quattro Fontaine, handgrenades were thrown. A total of 33 SS-Policemen would be killed in the incident.
The attempt was to lead to the massacre of Fosse Ardeatine. Evidence of the attack can still be seen.

Photo 1: Historical Photo after the attack (Source: Bundesarchiv).
Photo 2: House No 156, where the bomb car stood.
Photo 3: Damage on the opposite of No 156.
Photo 4: Damage done by the Germans firing back at the Via Boccaccio.
Photo 5: Detail of the damage at the Via Boccaccio.