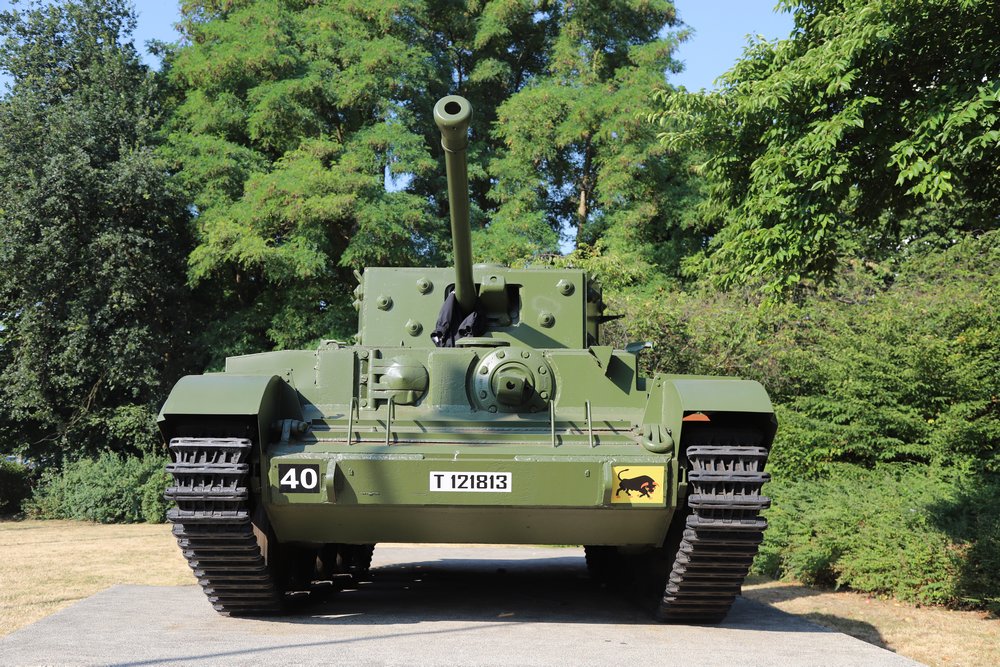 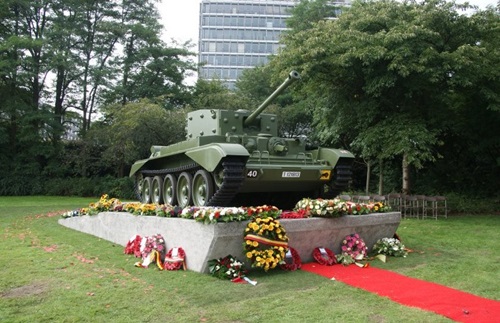 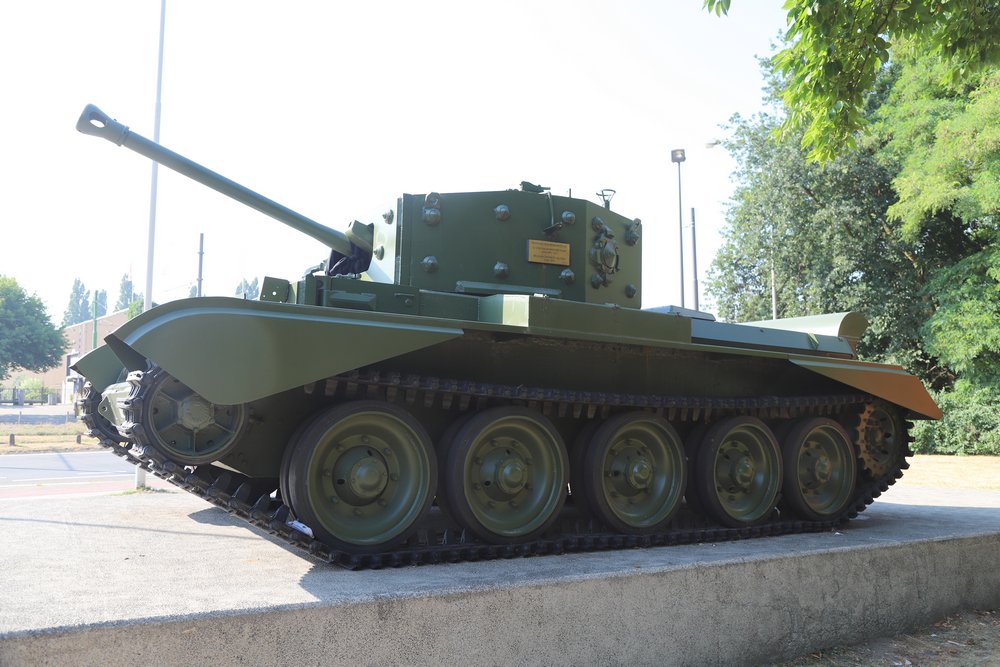 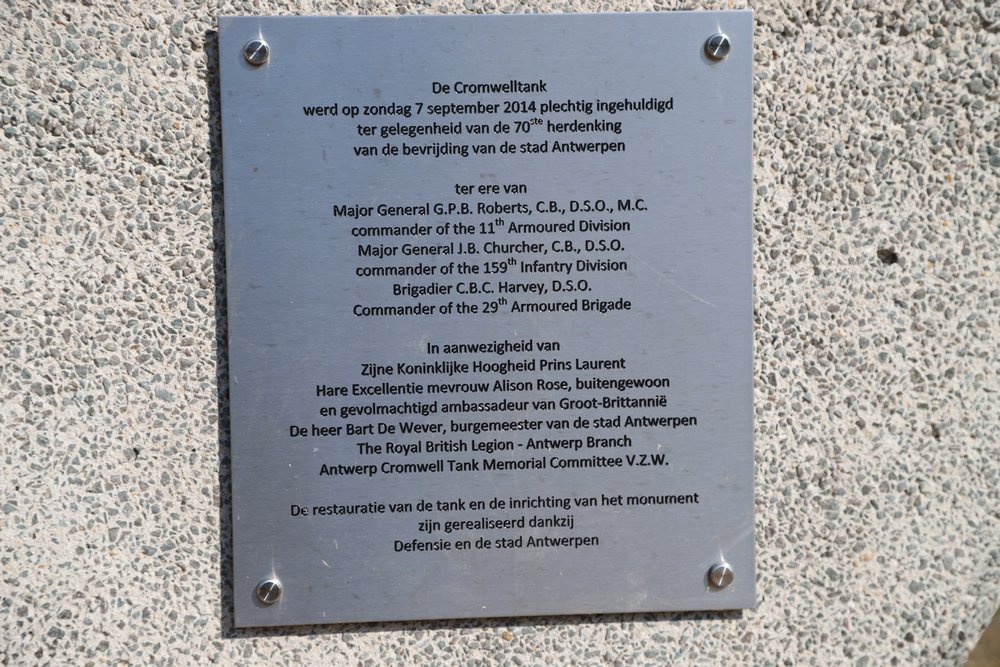 This Cromwell tank was re-inaugurated on September 7th, 2014, after the restauration.

Text on the plaque:
The Cromwelltank
was inaugurated on September 7th, 2014
and because of the 70th commemoration
of the liberation of Antwerp