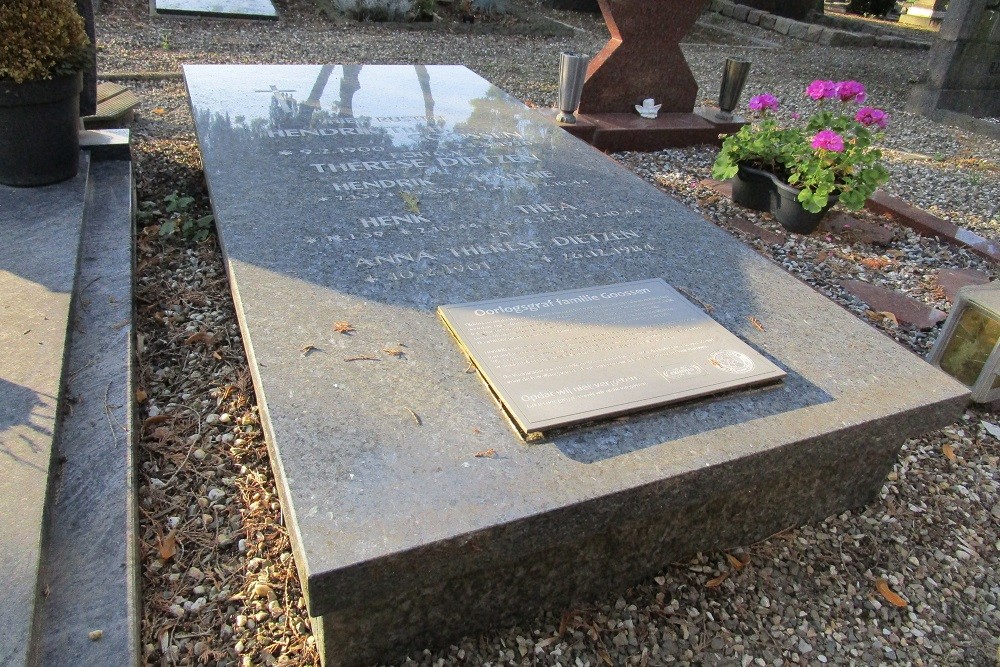 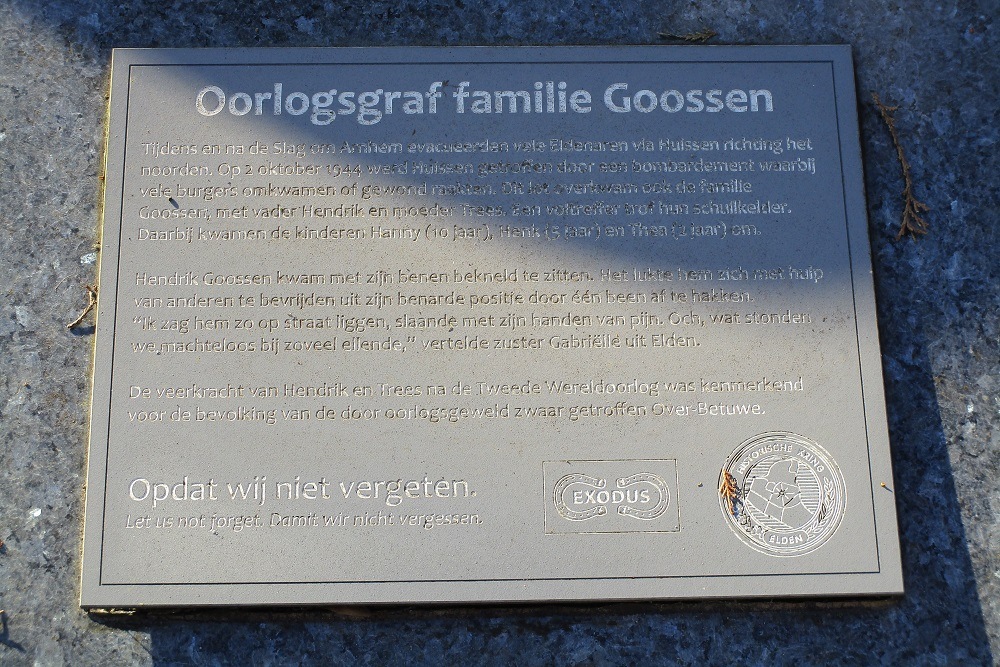 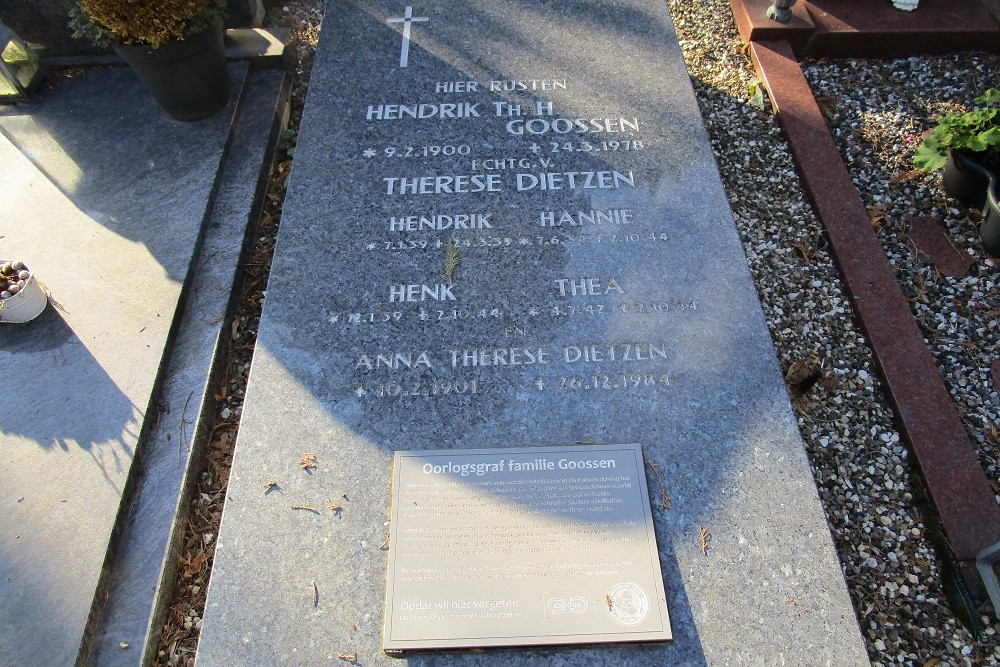 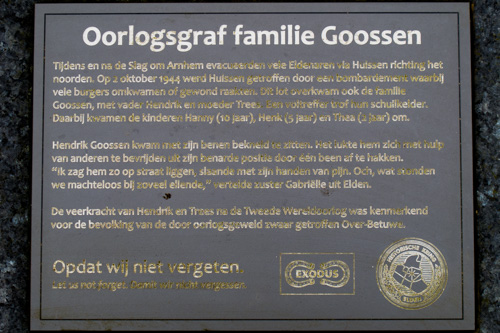 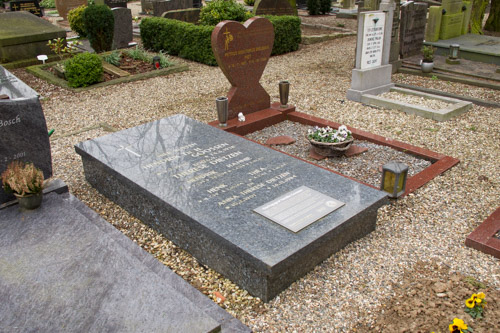 During and after the Battle off Arnhem many residentschap of Elden evacuated through Huissen towards the north. On 2 October 1944 Huissen was bombed killing and wounding many civilians. This happend to the Goossen family with father Hendrik and mother Trees. There was a direct hit on their shelter. Their children Hanny (10 years), Henk (5 years) and Thea (2 years) were killed.

Both Hendrik Goossens legs got trapped. He managed to free himself from this difficult situation by cutting off one leg with the help of others. "I saw him lying on the street like this raising his hands in pain. Oh, we were helpless in the face of so much mysery," said sister Gabriëlle from Elden.

The resilience of Hendrik and Trees after World War Two was typical for the people of Over-Betuwe which was severely affected by the violence of war.