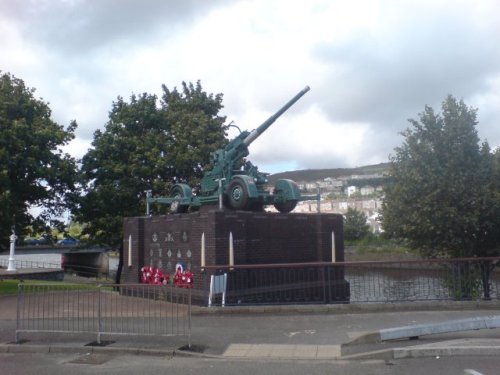 This anti aircraft gun is a memorial to the Air Defence of Swansea during World War II. It also serves as a reminder to the destruction that occurred in the town of Swansea during the Second World War, especially in the night of 21 February 1941 when Swansea was targeted by many hundreds of German planes.