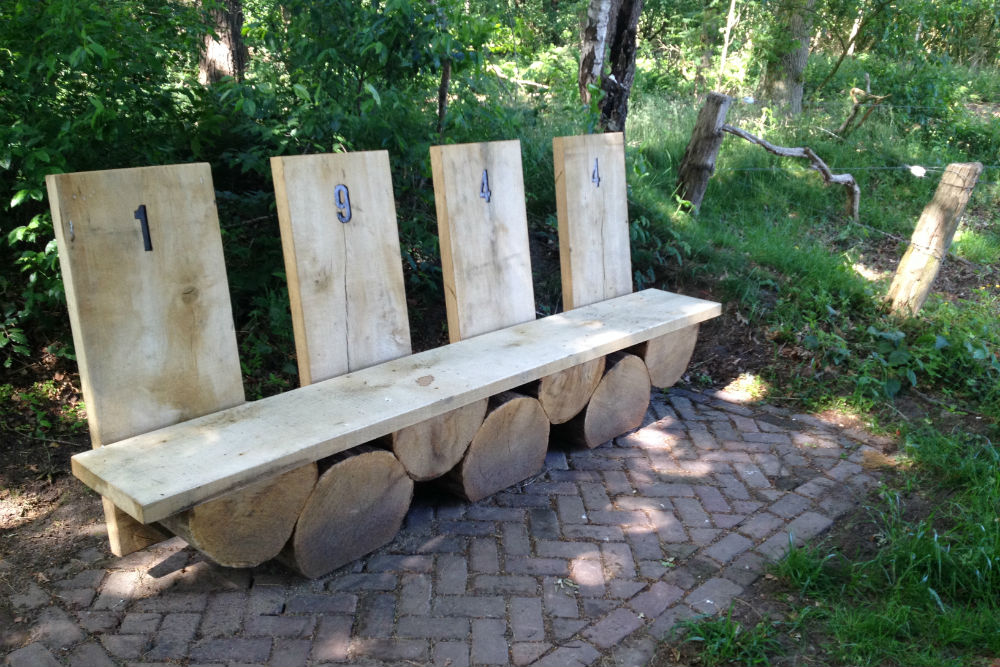 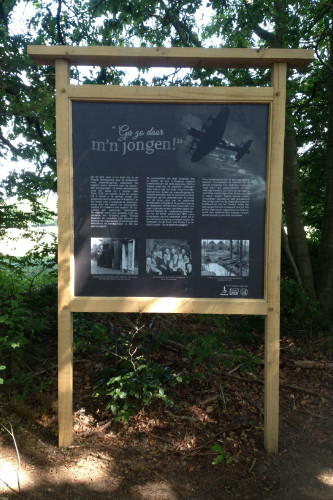 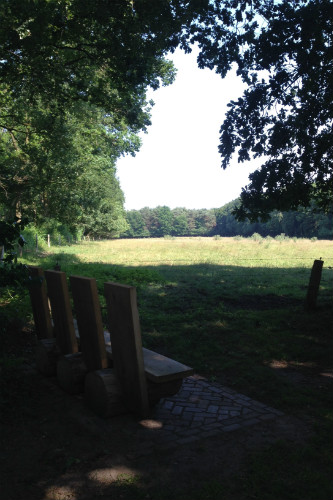 On 3 May 2015 a commemorative sign and a resting bench were revealed at a location in eastern Holland where several supply drops for the Dutch resistance took place in World War II. The first supply operation in Hezingen (municipality of Tubbergen) took place on 1 October 1944. The next day a second successful supply drop followed. In total hundreds of submachine guns, hand grenades and about 300 pounds of explosives came down at this location. Amazingly, these operations took place just one mile from the German border.

These supply operations were organised by an Allied special forces team. This so called Jedburgh group was parachuted into occupied Holland in early September 1944 to support the Dutch resistance in the province of Overijssel. The team operated under the code name Dudley and consisted of three men. The Dutch Major Henk Brinkgreve acted as commanding officer. The second officer was the American Major John "Pappy" Olmsted of the US Office of Strategic Services (OSS). The two officers were accompanied by an Irish radio operator named John "Bunny" Austin. He belonged to the British Special Operations Executive (SOE).

Shortly after their arrival in occupied Holland, the Special Forces deemed this location suitable for supply drops. When military headquarters in England approved a proposed field, it got its own code name and personal message . These messages would be broadcasted on the BBC to announce supply drops. This terrains code name was Dudley 2 and its personal code sentence was (in Dutch): "Ga zo door mijn jongen", or "Carry on my lad".

The reception committee that gathered here in October 1944, consisted mainly of resistance men from the immediate area around Hezingen. During the night they transported the weapons to a nearby farm. Unfortunately, several days later some of the supplies fell into German hands, when Dutch collaborators raided the farm. Several resistance members were caught and executed later. Fortunately, some weapons had already been sent to the local resistance headquarters six miles south. These arms were later distributed among Dutch resistance fighters in eastern Holland.