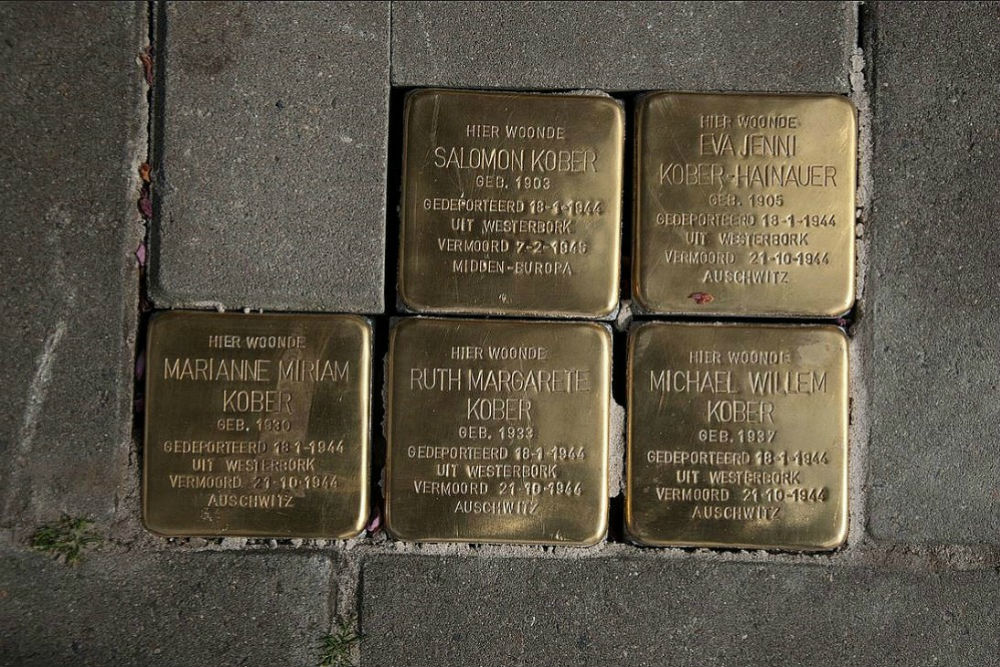 Dr. Salomon Kober and Eva Jenni Hainhauer were married and had 3 children. They left Germany in 1933 and moved to Nijmegen, where he was a chemical engineer with Organon Company in Oss. When the Germans occupied Holland, they prevented him from leaving and forced him to continue his research with Organon. After June 1942, records show their address in Oss. Sources say the family members were deported from Westerbork first to Theresienstadt before later being killed elsewhere. Salomons movements after deportation are unclear before he was killed somewhere in Central Europe. Eva Jenni and their children  ages 14, 11 and 7  were sent to Auschwitz to be killed.