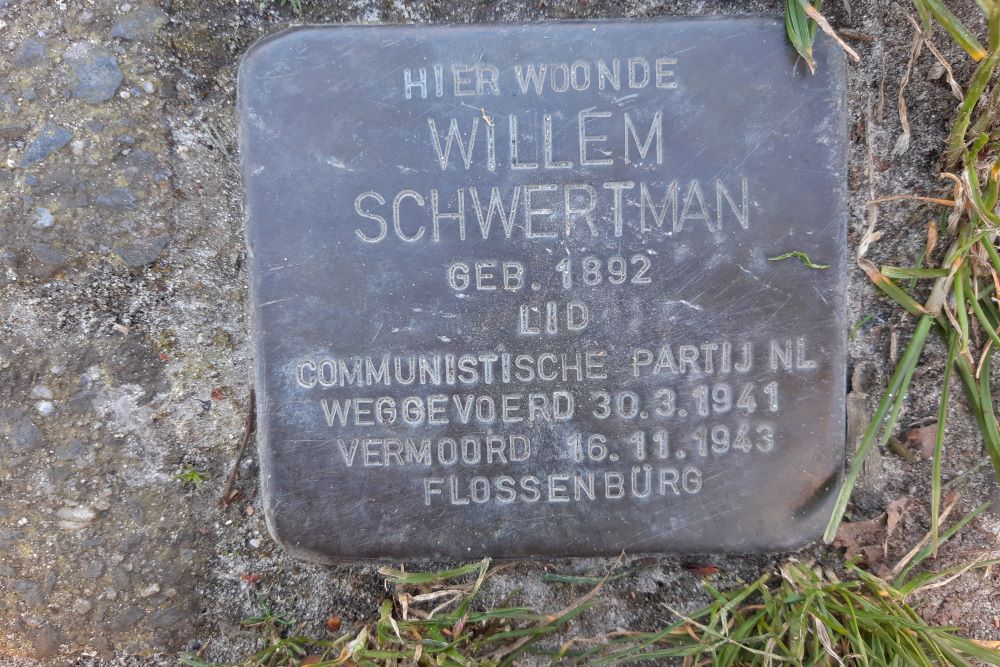 Willem Schwertmann
Born October 10, 1892 in Beerta
Member of the Communist Party of the Netherlands
Taken away on March 30, 1941
Deported to Dachau on October 30, 1942
Deported on December 7, 1942 to Flossenbürg
Murdered on November 16, 1943 in Flossenbürg

Together with Harm-Jan Siemons and Jan Haken, Willem Schwertmann is the head of the CPN in East Groningen. Willem is a CPN district administrator in the Beerta area and helps German communists across the border before the war. He is also involved in distributing the illegal magazine Het Noorderlicht.

After the February strike of 1941, the occupying forces decided to pick up all important leaders of the CPN summit in Groningen. It is Beerta's first turn: Willem is taken away from home together with Renke Schipper and Geert Topelen. Willem ends up in Kamp Amersfoort via the prison in Scheveningen, where he is deported to Flossenbürg labor camp.

In Flossenbürg, Willem has to perform heavy forced labor in the nearby granite mine. Men who succumb to the workload receive a neck shot. Conditions in Kamp Flossenbürg will be fatal for Willem. His brother Henrik Schwertmann, who is also captured by the Germans, survives the war.