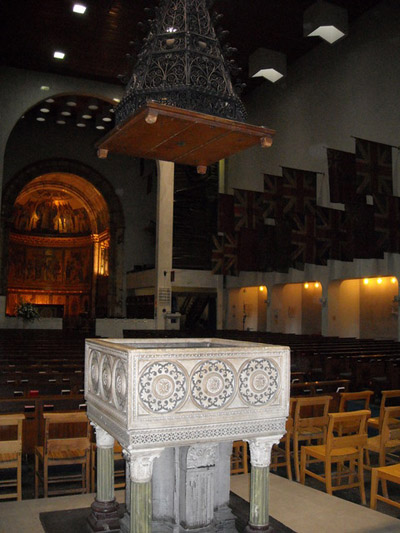 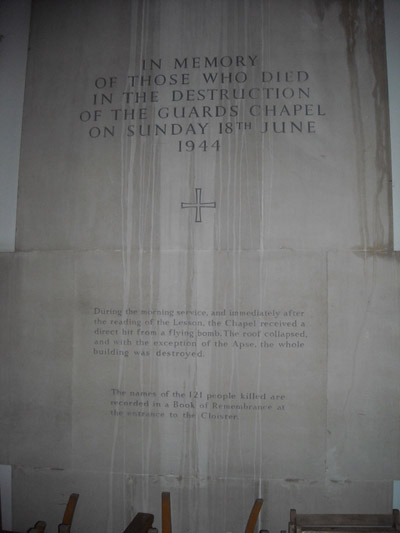 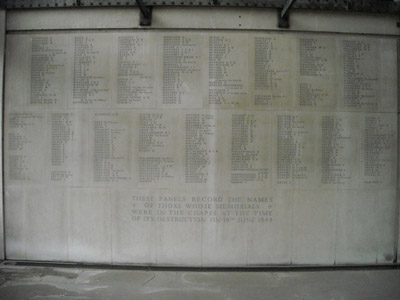 The Guards Chapel (formerly Royal Military Chapel) at St. James Park is the religious home of the Guardsmen. The chapel was built in 1838 and is located at the Wellington Barracks in London. On June 18, 1944 the chapel was hit by a V1, just when a service was held. Caused by this attack, 121 people were killed.

The text on the memorial reads:
IN MEMORY OF THOSE WHO DIED IN THE DESTRUCTION OF THE GUARDS CHAPEL ON SUNDAY 18TH JUNE 1944

During the morning service and immediately after the reading of the Lesson, the Chapel received a direct hit form a flying bomb. The roof collapsed and with the exception of the Apse, the whole building was destroyed.

The names of the 121 people killed are recorded in a Book of Remembrance at the entrance of the Cloister.

After the war, the chapel was rebuilt in modern style.