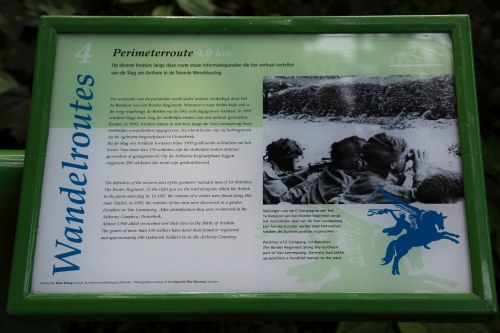 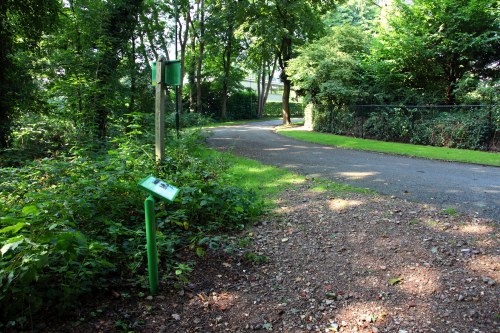 The defenders of the western part of the perimeter included men of 1st Battalion The Border Regiment. To the right you see the road alongside which the British in the photo were dug in. In 1997 the remains of a soldier were found along this road. Earlier, in 1993, the remains of two men were discoverd in a garden elsewhere in Van Lennepweg. After identification they were re-interred in the Airborne Cemetery, Oosterbeek.
Almost 1,900 allied servicemen lost their lives in the Battle of Arnhem. The graves of more than 130 soldiers have never been fpund or registered and approximately 290 Unknown Soldiers lie in the Airborne Cemetery.

The text under the photograph says:
Positions of C Company, 1st Battalion The Border Regiment along the northern part of Van Lennepweg. Germans had taken up positions a hundred metres to the west.