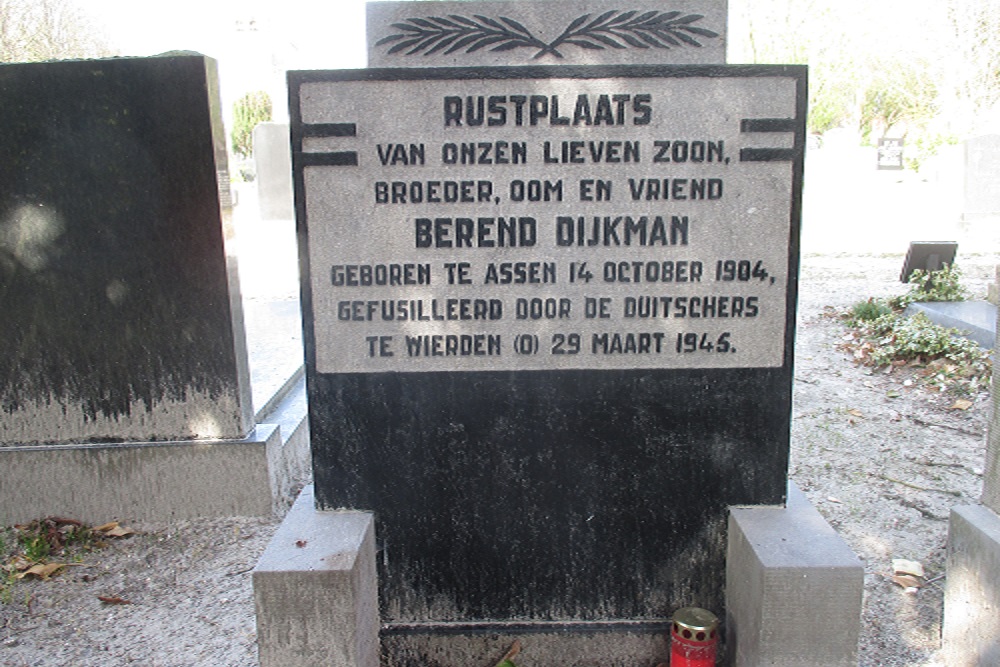 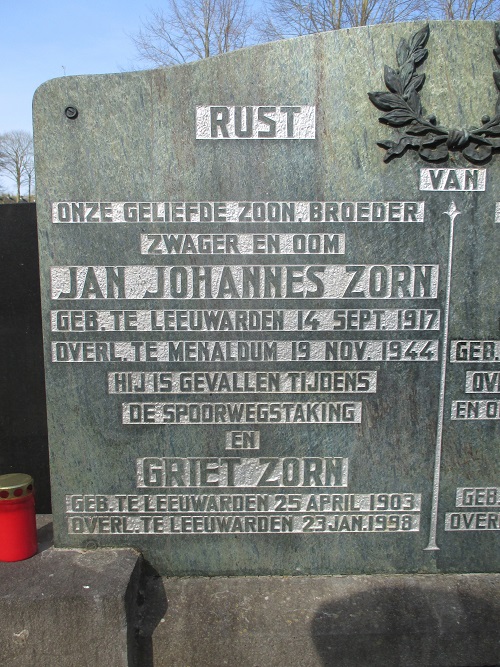 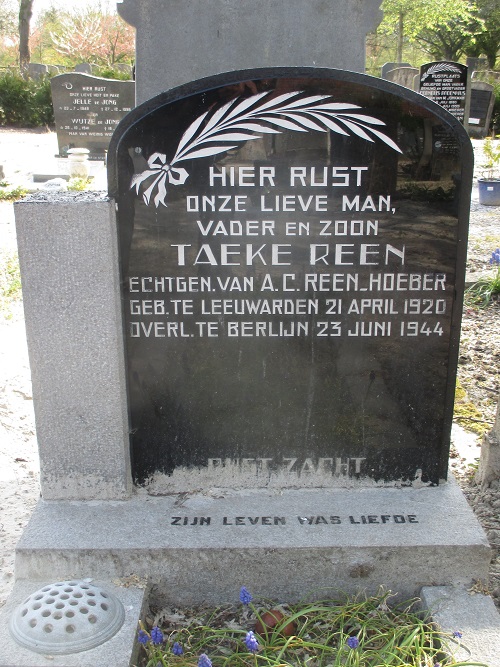 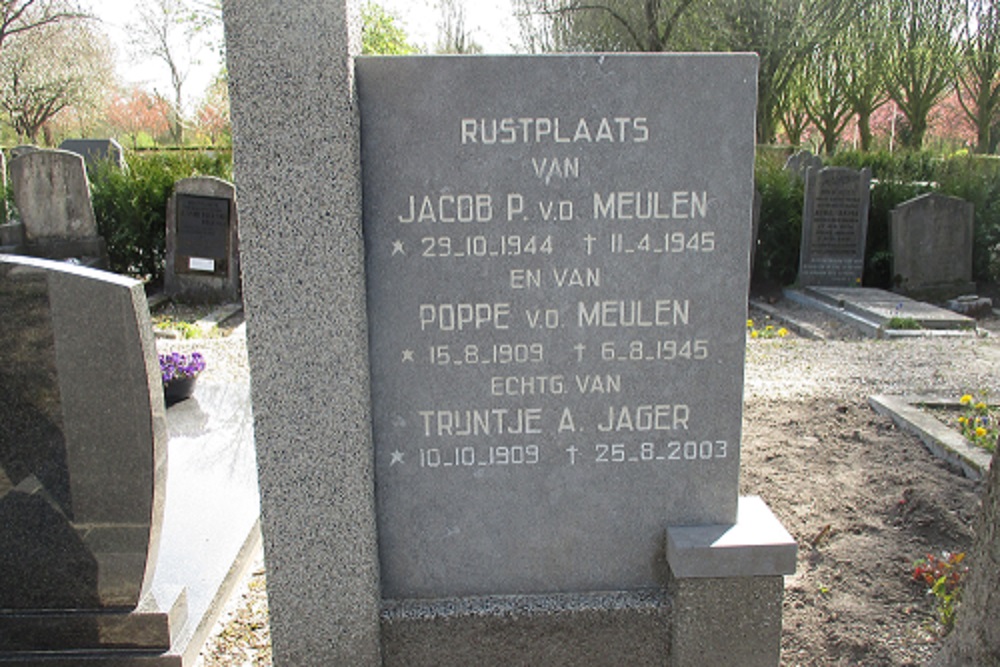 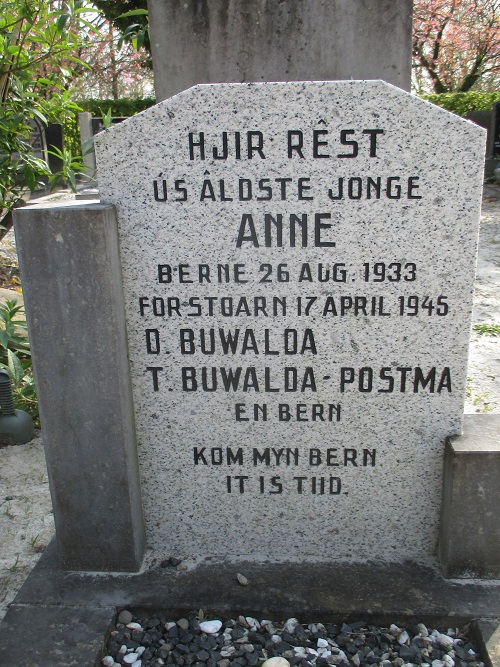 On Protestants Churchyard Huizum Village Leeuwarden a number of executed members of the resistance have been buried and also some victims of the concentration camps who perished.
In some of the graves also the spouse has been buried later on.

There are graves with a text in the Frisian language:

This can approximately be translated as follows:
"Fallen in the battle against injustice and slavery, lest we are alert in peace for right and freedom".
It is an awarded quote from J. de Vries from Balk.