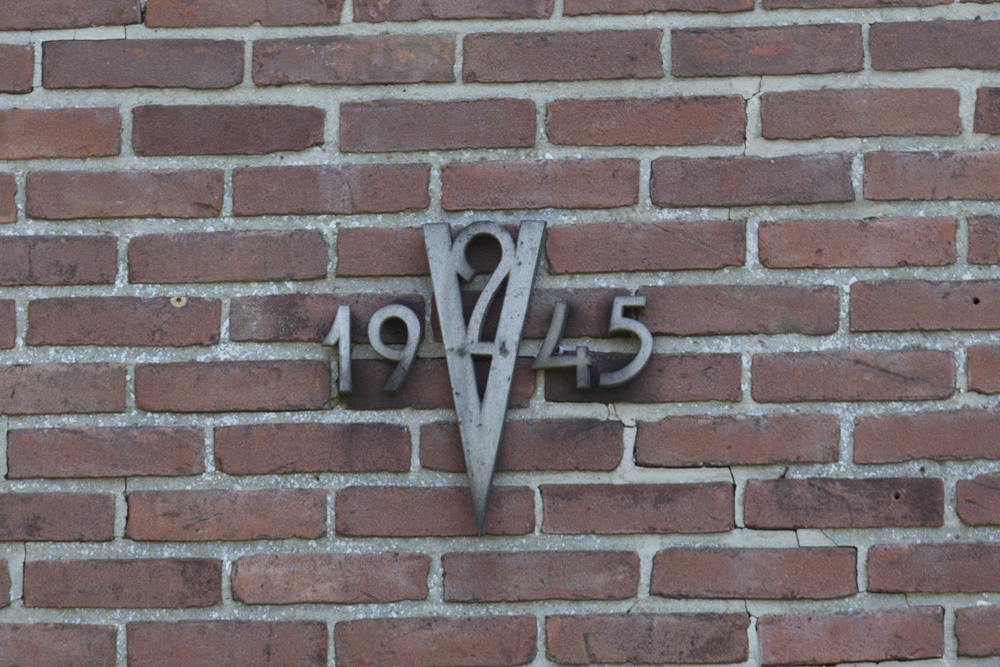 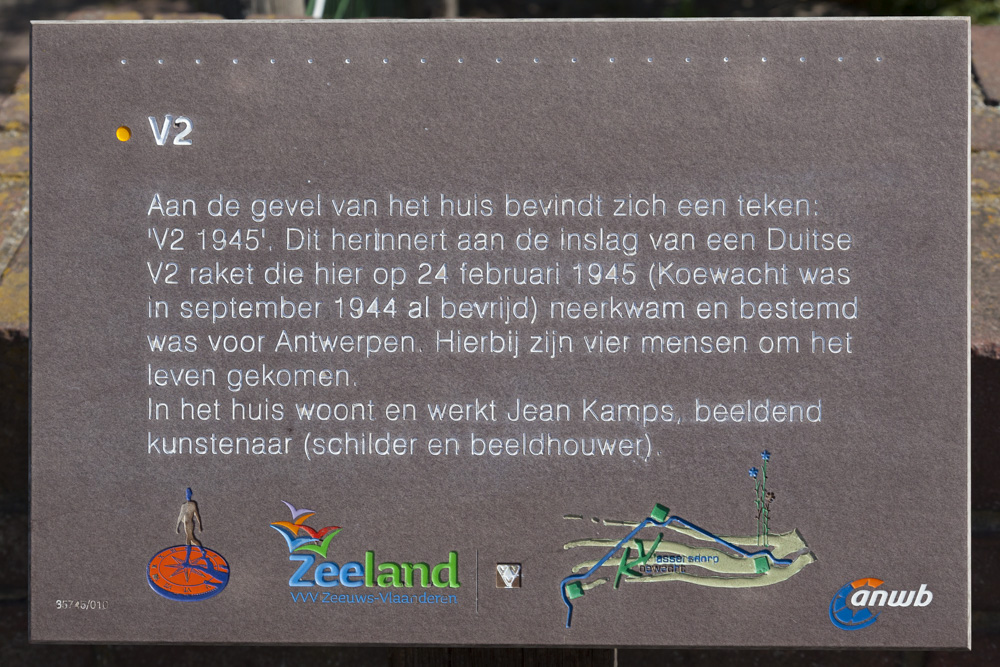 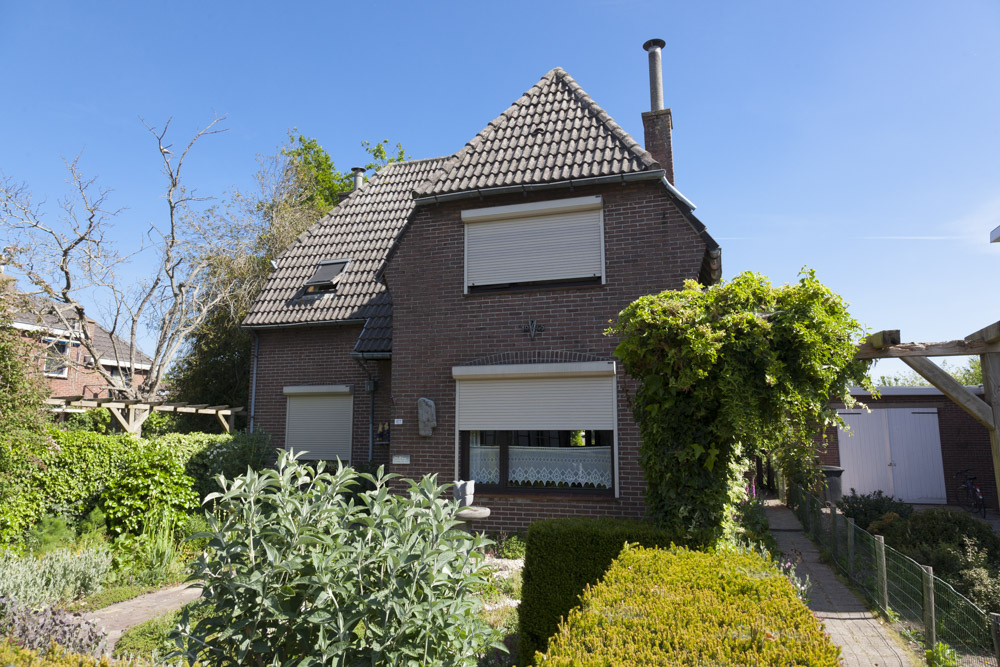 The text of the memorial:
V2 1945
On the façade of the house at the Nieuwstraat 102 this monument has been mounted in memory of the V2 strike on 24 February 1945. It cost four civilians their lives. The V2 was aimed at Antwerp but lost its direction and ended up at Koewacht. The name V2 has been derived from Vergeltungswaffe 2 (retaliation weapon). Over 1.300 of those have been fired at Antwerp after this harbor was liberated by the allied forces compared to the 1.100 that were fired at England.
A monument for the four victims can be found at the cemetery of Koewacht.