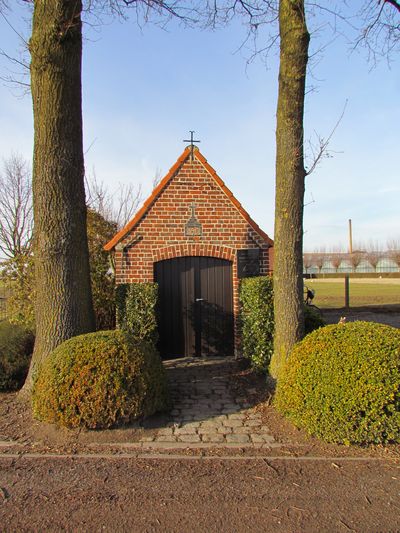 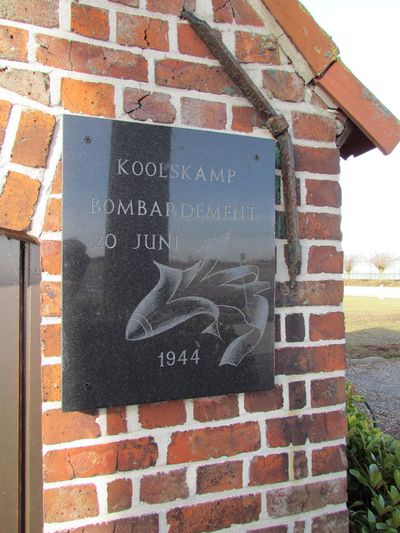 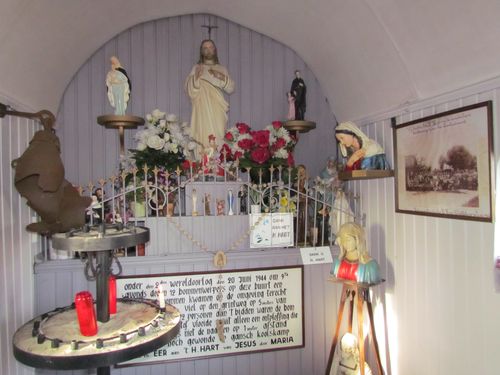 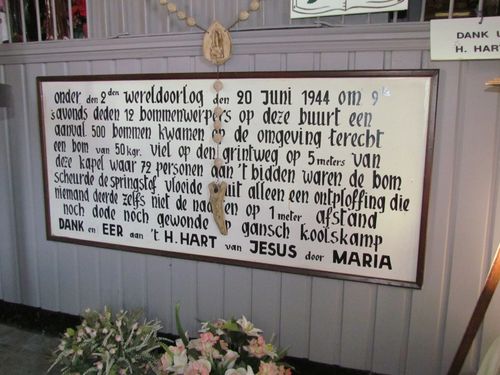 Koolskamp is a village in West-Flanders. At the end of the Second World War, German troops were encamped in Koolskamp.

20. June 1944, arround 9:15 p.m., 12 allied bombers flew over Koolskamp. The target was the airfield of Egem. The bombs fell arround the village of Koolskamp: 2 houses and 2 barns were destroyed.

At the same moment of the bombardement, 72 civilians were praying near a chapel. When the people heared the sound of the bombers, they fled in the chapel or in the ditch near the road. Then, a bomb fell 1 meter far from the crowd. But the bomb didn't explode and the lives of 72 people were spared.

In the chapel you can find the bomb, the picture of the 72 people and an information sign.

Every year at 20. June, there's a pilgrimage to the chapel.