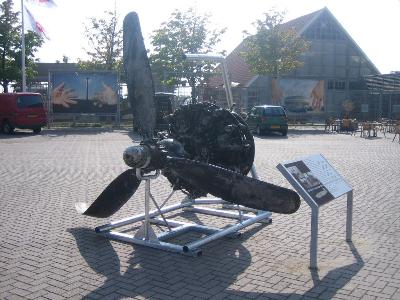 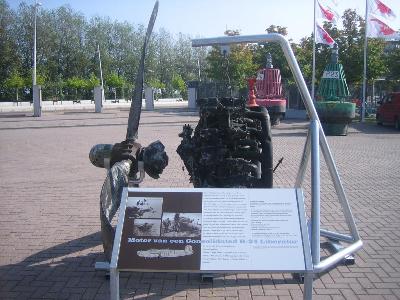 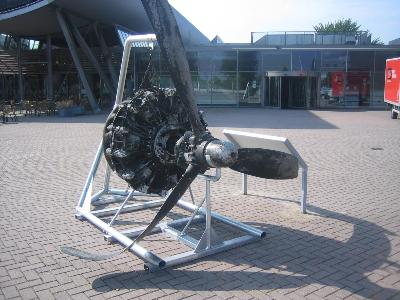 This engine is located at the Nieuwland Erfgoedcentrum. It was dug out in 1975.

This American bomber (Type H, reg. nr. 42-7638, 8ste Airforce Division) was hit by German FLAK and crashed into the IJssel-lake. Only the co-pilot, Charles Taylor, survived the crash and became POW.

He was present when the wreck was lifted, Five of his comrades were still in the wreck.