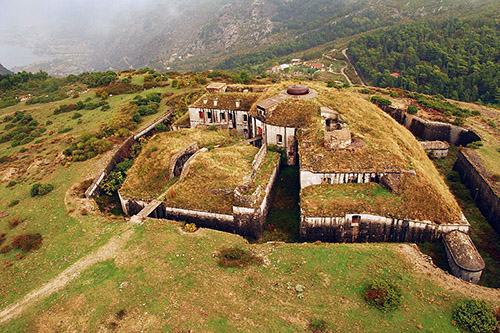 This Austro-Hungarian fort was built from 1884 to 1886. It was shelled by Montenegri artillery during the First World War, prompting the Austro-Hungarian Army to reinforce the fort in 1915. The Yugoslav Army used the fort as storage facility.