Memorial Battle of the Bulge 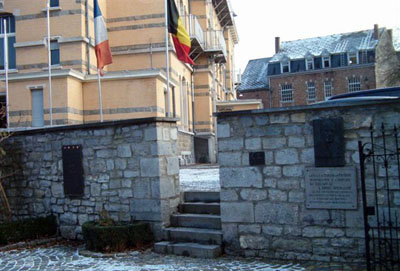 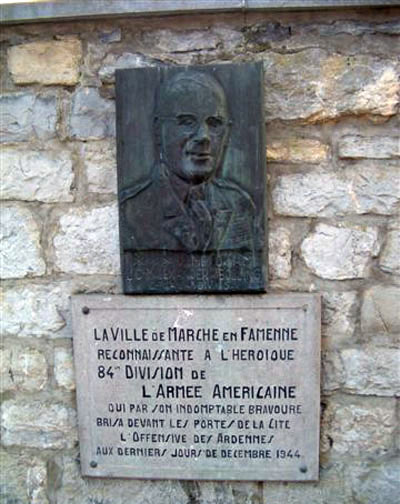 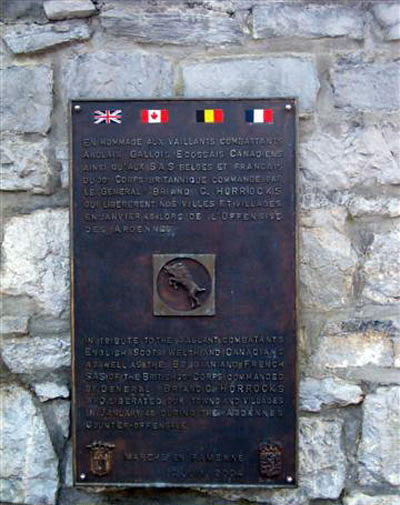 This monument exists of two memorial stones which can be found on the forecourt of the 'Musées des Franc et de la Famenne'.

The first memorial stone remembers the fact that the city was not taken by the Germans during the Battle of the Bulge thanks to general Alexander Bolling and the brave men of the 84th "The Rail Splitters" Infantry Division who stopped the advance of the German troops. 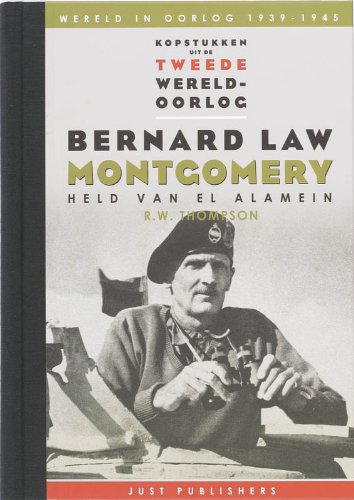