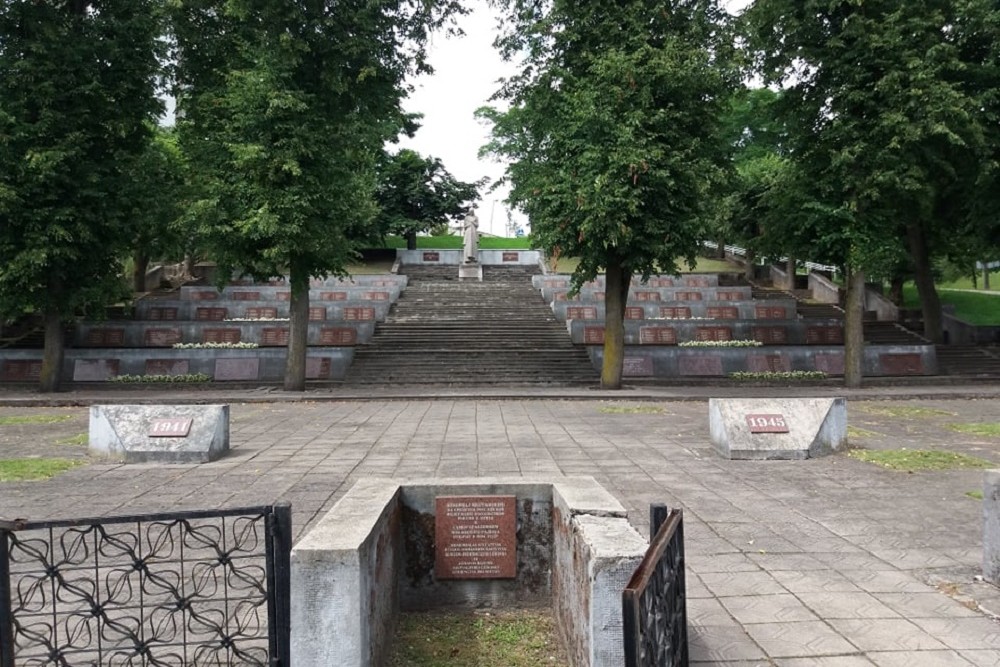 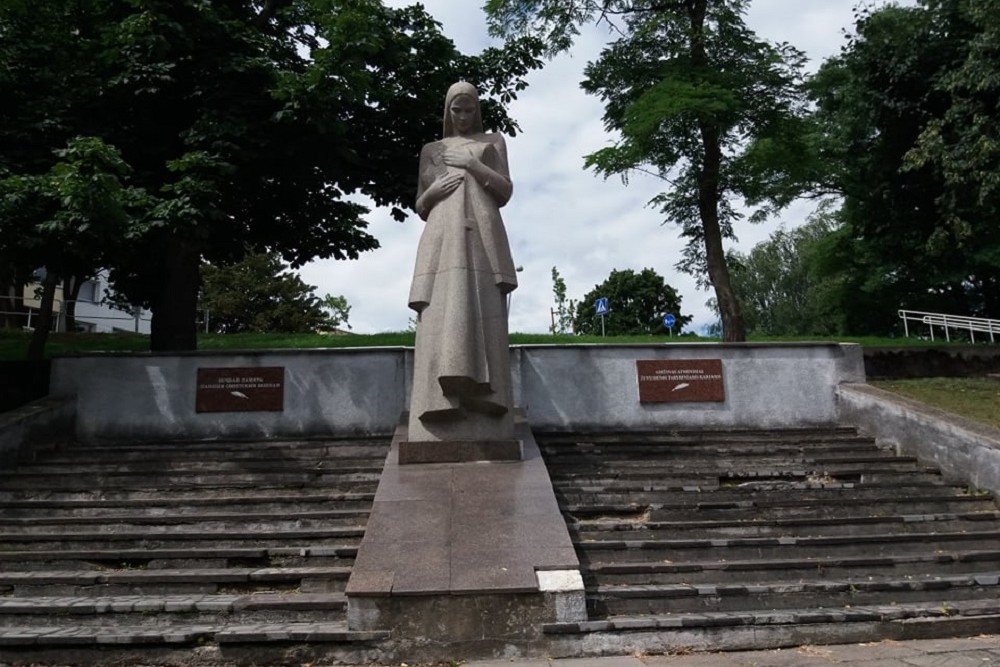 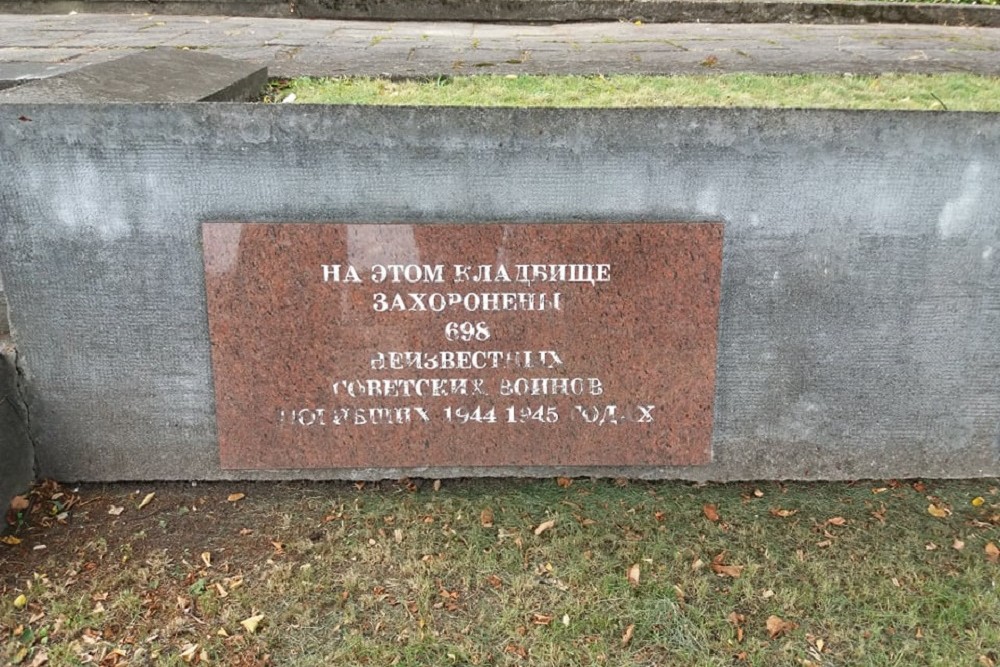 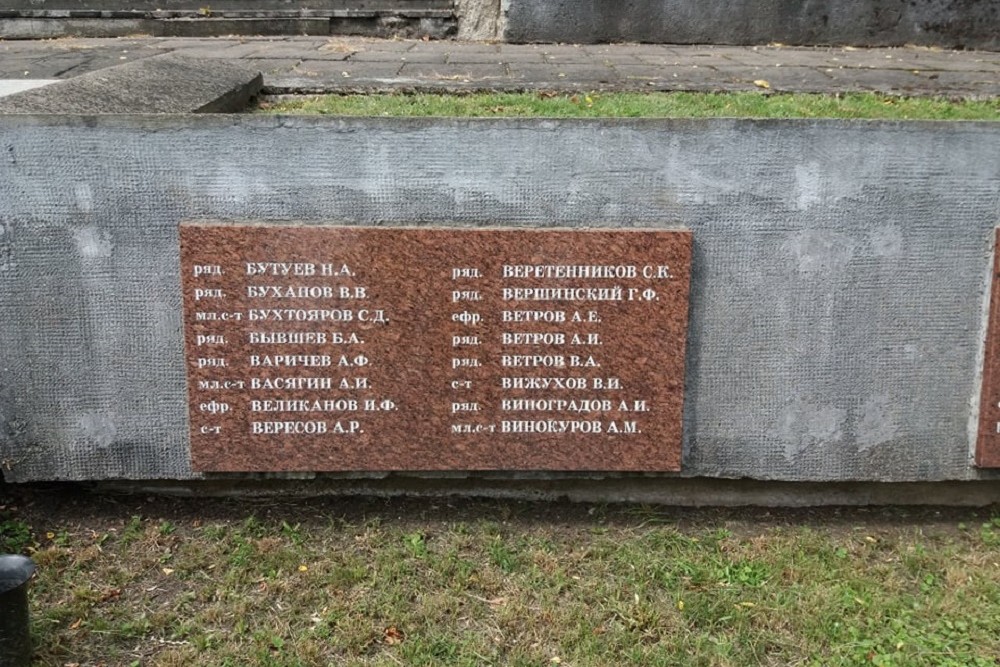 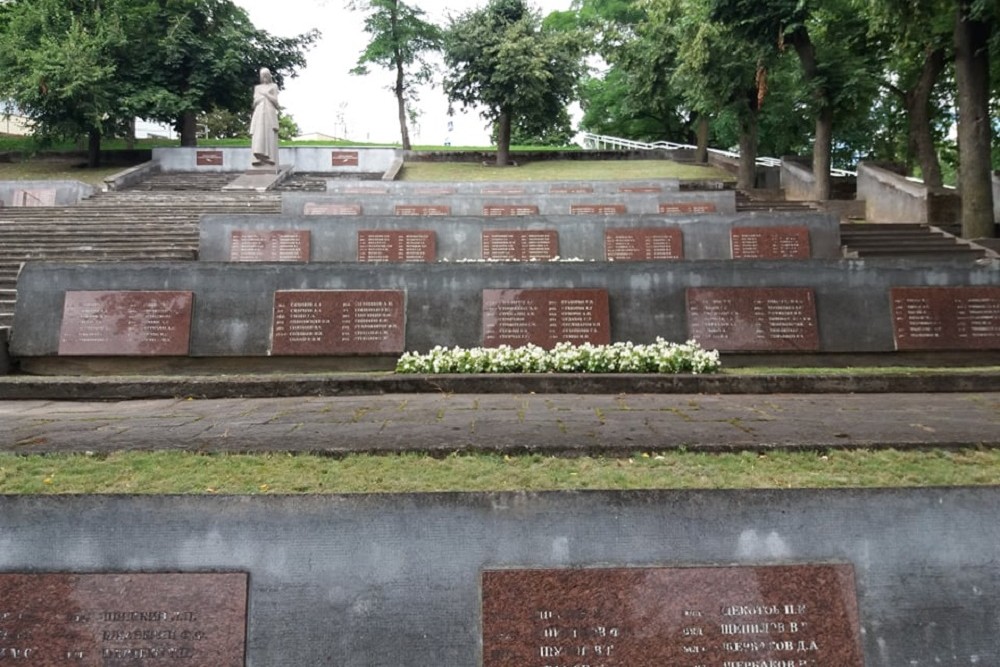 There are all unmarked graves here, 1524 Soviet soldiers of the 39th Army, the 251st rifle division, 5th guard rifle corps and the 28th guards tank brigade. They fell in 1944 and 1945 in fighting around the station of Jonava and in fighting in the nearby villages Upninkai, Salininkai, Rukla and Upninkéliai.
This cemetery contains 49 granite plaques with a total of 926 names of those who died. The 50th placard tells us that 698 unknown soldiers were also buried there.
The central statue represents a grieving mother, this statue was only placed in 1987.