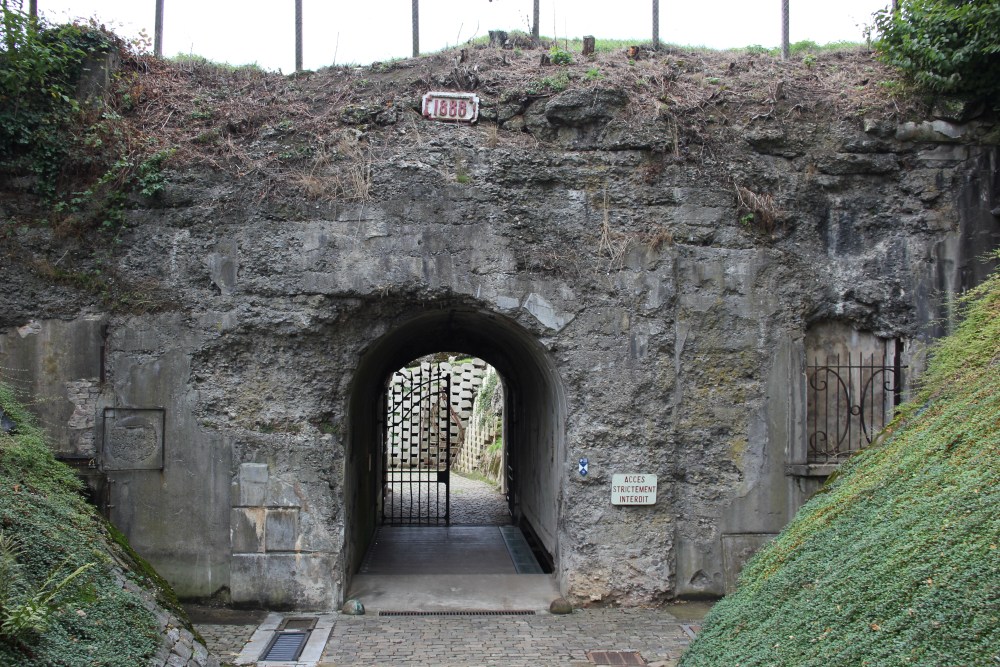 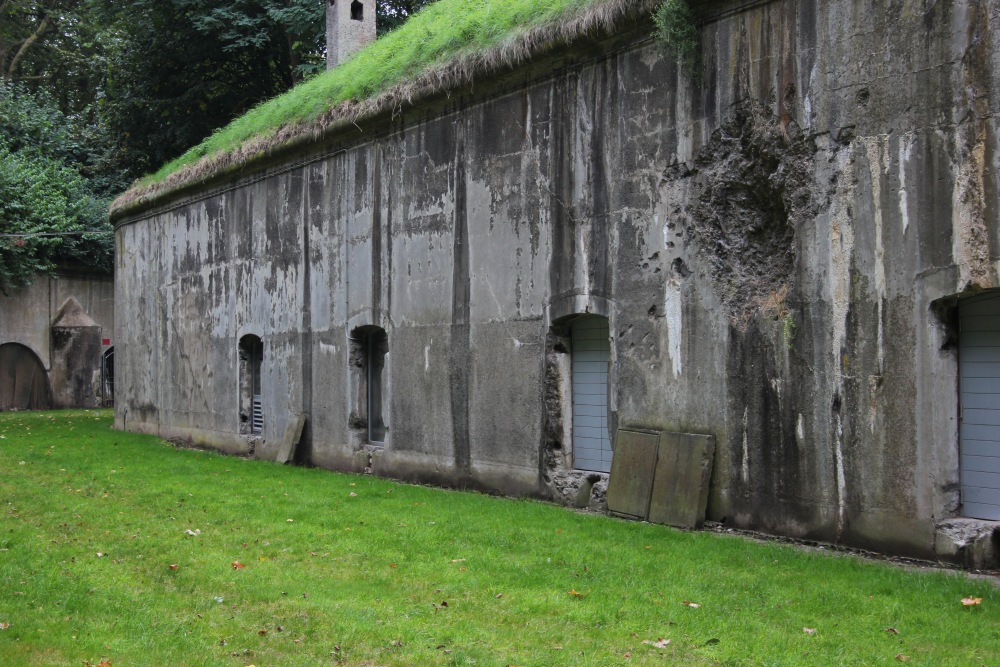 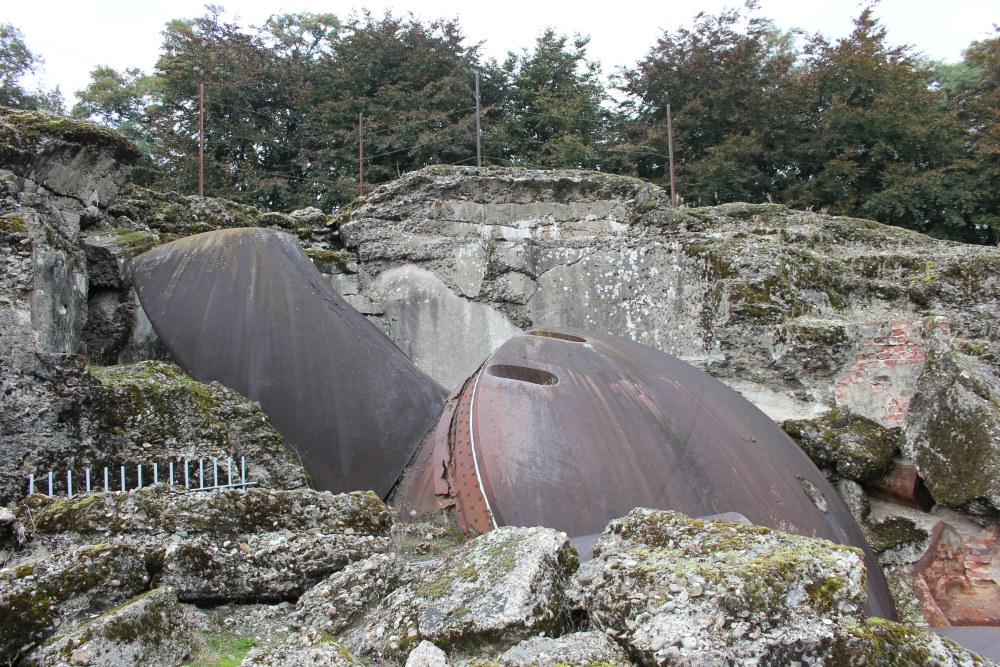 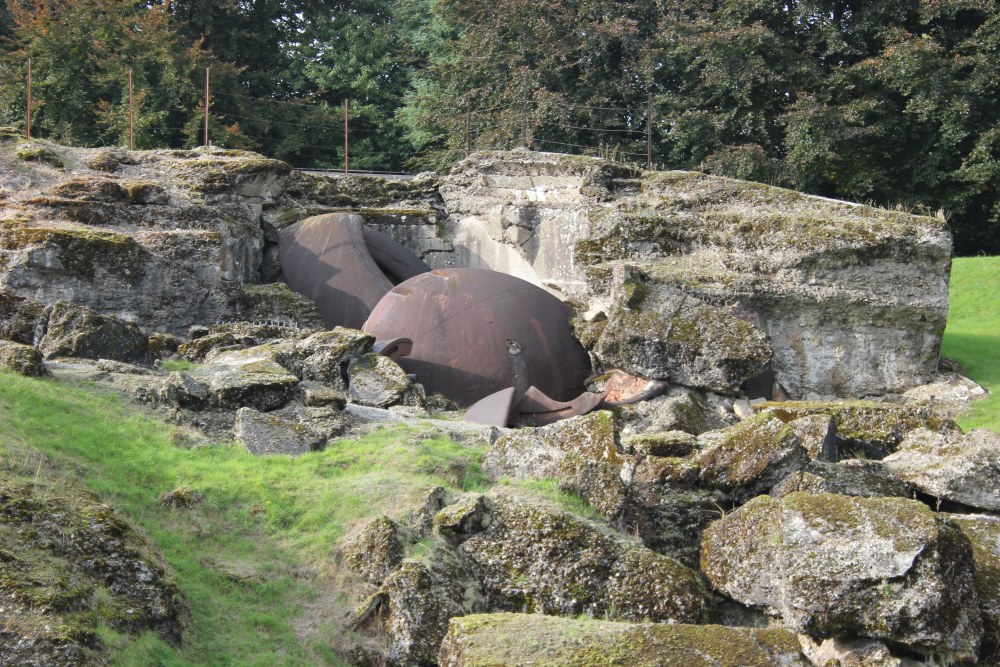 The Fort of Loncin was built in 1888 and was part of the Fortified Position of Liège. During the Battle of Liège in the First World the fort succeeded to resist 11 days. On 15 August 1914 the fort exploded, hit by a German canon nicknamed the "Big Bertha". Hereby 350 men of the 500 garrison soldiers were killed and many still lie buried underneath the ruins. The remains that have been recovered from the fort have been re-interred in the crypt.
There is also a museum, the collections feature rare objects from that era: weapons, uniforms and personal effects found on the site.