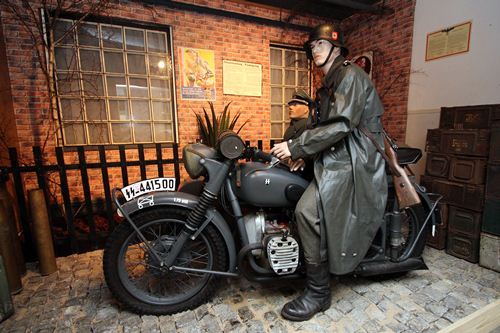 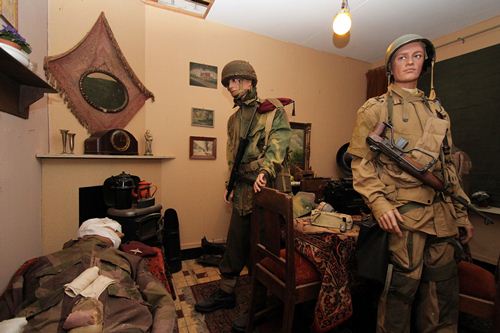 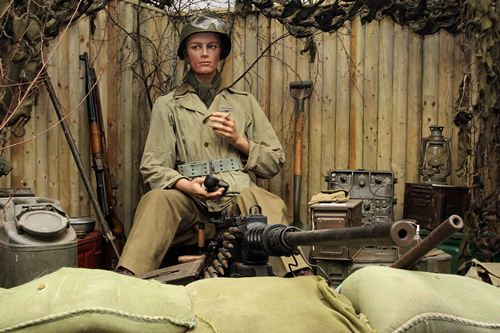 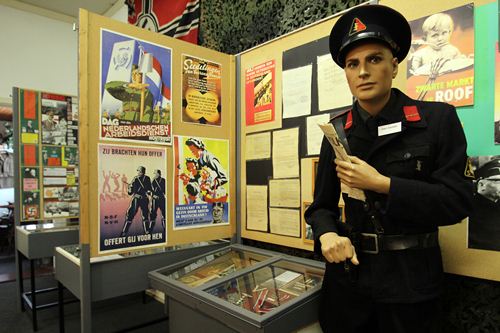 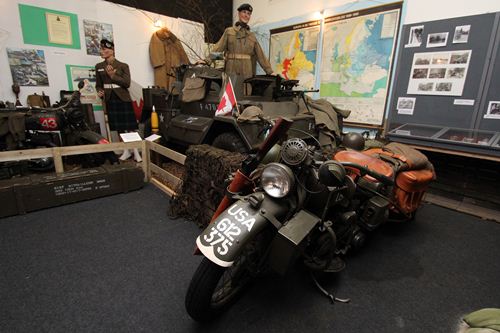 History
The War Museum in Twente in Vriezenveen arose from the collection and fascination of Henk Abbink. In 1944 as a little boy he saw the P-47 Thunderbolt of Major F.J. Nelander coming down behind the parental farm. The major threw away his pistol and sought a safe escape. Little Henk later fished the gun out of the ditch and always kept it. Years of research went into the crash. Later, after the museum already existed, the pilot was traced in America and a warm relationship developed. The pilot donated many pieces of equipment to the museum, which can now be seen next to the gun.

In the 1980s, Mr. Abbink's collection had grown to such an extent that he started a museum. There was not yet a war museum in Twente. He managed to take over an old school building from the municipality and in 1988 the museum was festively opened by the mayor. Mr. Abbink passed away in 2006, his wife and children continue to preserve the museum and the passion for it, supported by a small group of volunteers.

Special features
What makes this museum special are the personal stories of veterans. Of course the story of Major Nelander, but also, for example, the Canadian Captain S.J. Cornish. Cornish was the head of a small meteoroligic unit. After a visit to the museum, he informed his daughter that upon his death, all his military equipment had to be donated to the museum. Thus it happened and the museum now has a complete clothing chest of this Captain. Of course with a story about its origin.

Why visit?
A visit to this museum offers not only a glimpse into the lives of a number of veterans, but also many German uniforms and weapons. There is a story attached to every object in the museum, which the volunteers are only too happy to tell. This gives you a unique insight into the liberation of this area. Here many Canadian and Polish units fought for freedom, something that is often forgotten today. The museum ensures that the children who come here with their school class will not forget this. The different dioramas and arrangements tell all facets of the war.

The future
The museum has been improving the collection and presentation in recent years. Every showcase and diorama is being refurbished. In addition, plans are being developed to expand the building. There would then be more space to also display the vehicles. At the moment there is a salvage Sherman and a Stuart tank at another location, as well as a half track and a number of Willys Jeeps. The expansion is currently only in the design and licensing phase, which will take several years.