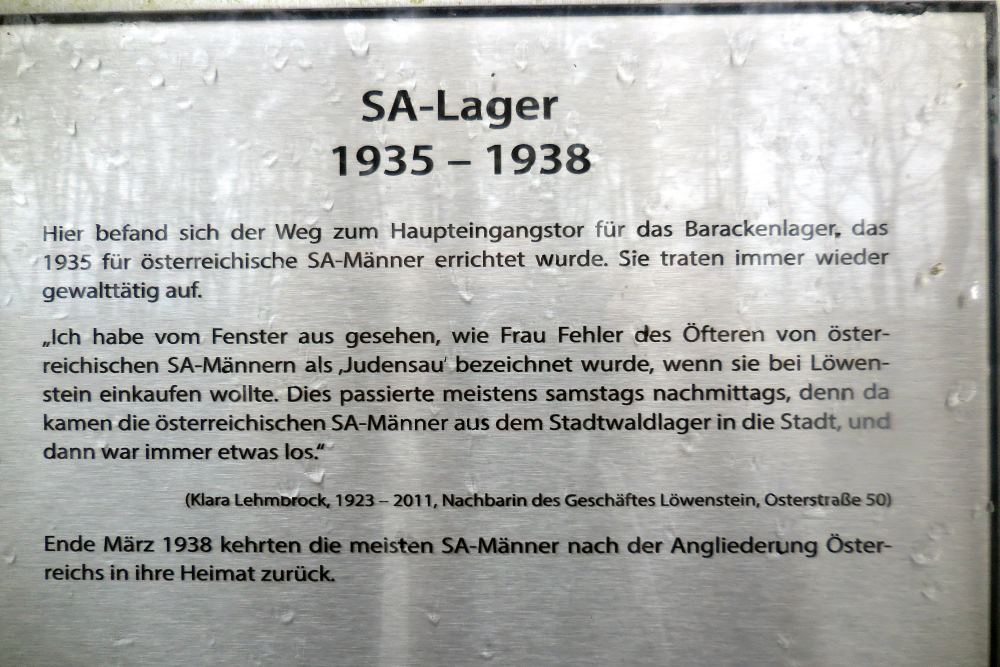 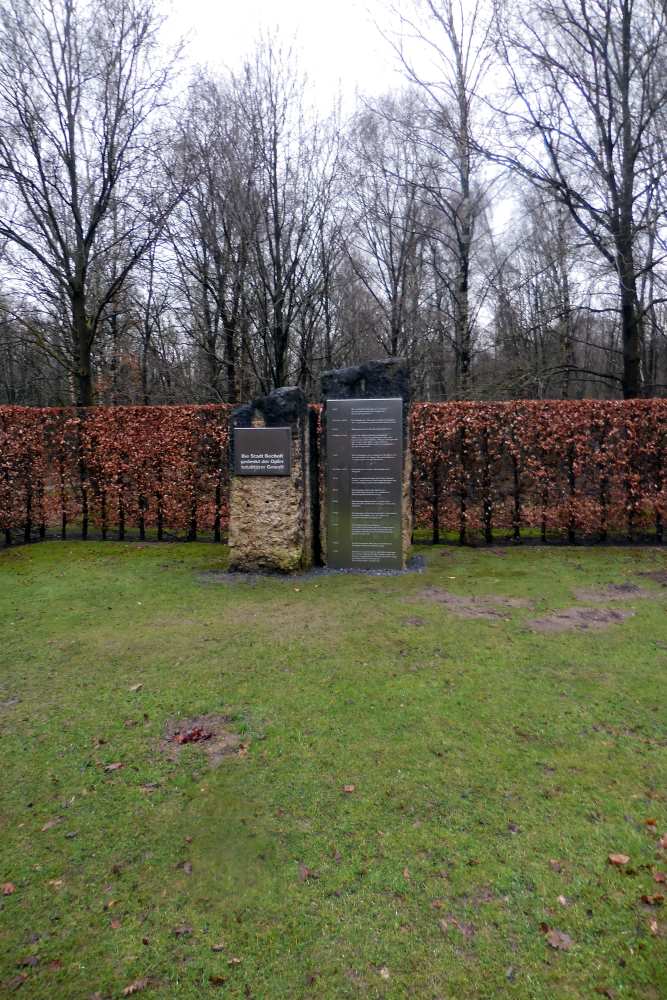 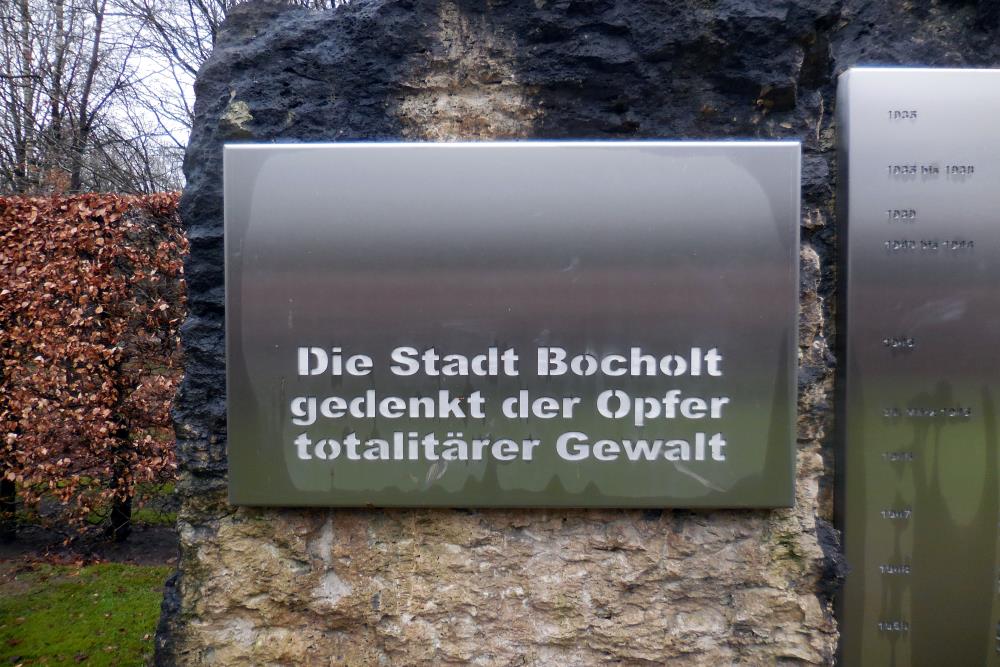 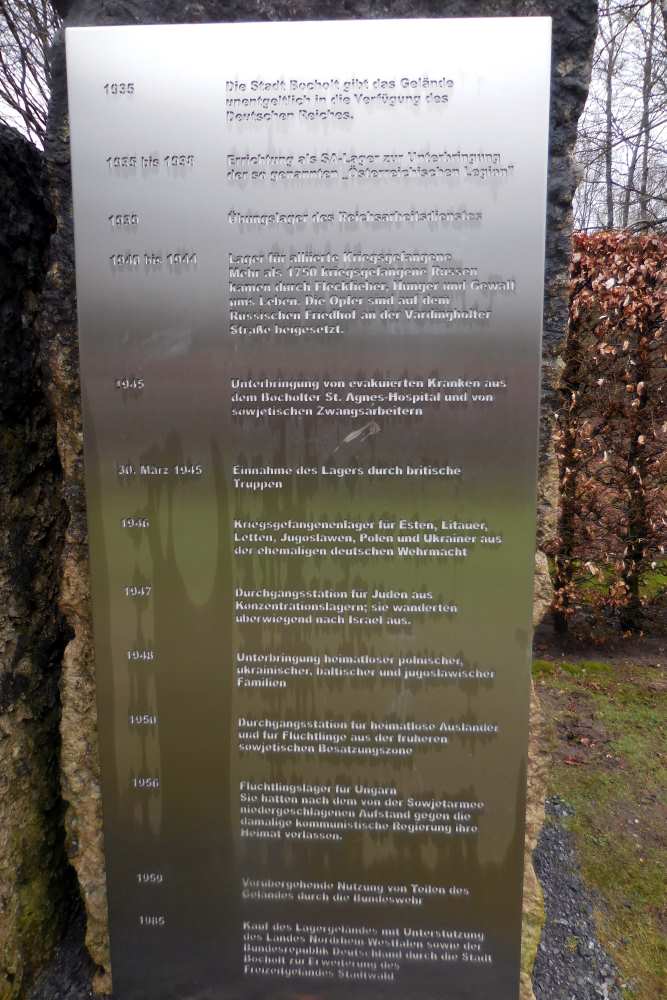 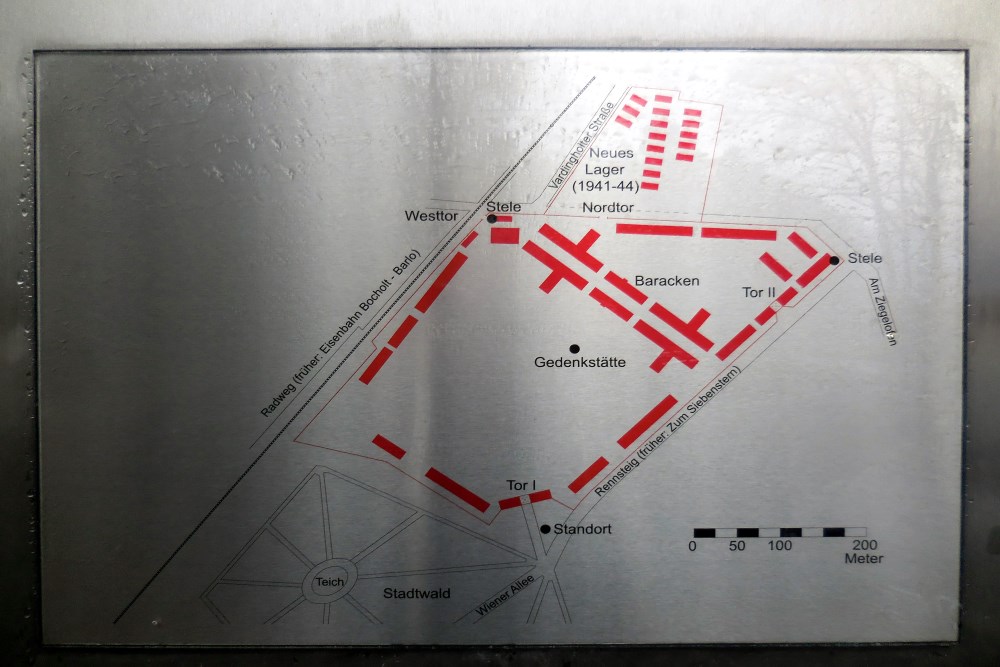 camp for members of the Austrian "Sturmabteilung" (SA) who fled and left Austria because of the attempted coup of July 1934, where the Austrian chancellor Engelbert Dollfuß was killed. These thousands of SA members were called "Österreichische Legion" (Austrian Legion). That's why the street next to the former camp is named "Wiener Allee" (=Vienna avenue)

After the Austrian Anschluss, which was the 1938 annexation of Austria into Greater Germany by the Nazi regime, it was possible for the Österreichische Legion to left Germany and to go back to Austria.

The German Reichsarbeitsdienst (RAD) used the camp with 2000-3000 people.

The camp was used for allied prisoners of war (POW's) and got the name Stalag VI F (camp number "F" in the Wehrkreis "VI", Münster).

After the Allies landed in Holland (Arnhem) in September, the front got closer to Bocholt so that the camp was evacuated to Münster.

Volkssturm members, who had to build up the Westfalenwall, evacuated persons from hospital and Soviet "Fremdarbeiter" lived in the camp.

The camp was used for POW's from Estonia, Lithuania, Latvia, Yugoslavia, Poland and Ukraine who were all members of the former German Wehrmacht.

Jews used it as a transit camp on there way from concentration camps to Israel.