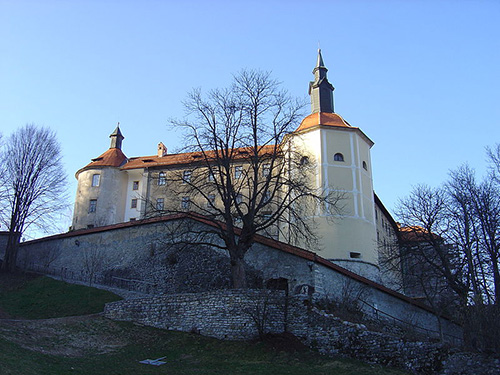 This castle served as military hospital during the First World War. It was used as detention centre for Slovenian and German prisoners of war shortly after the Second World War. Most of them were murdered and buried in the surroundings.