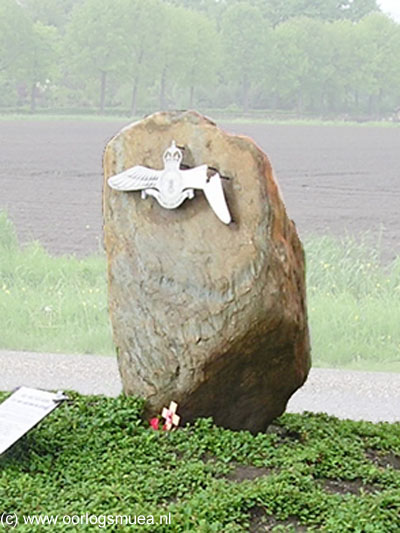 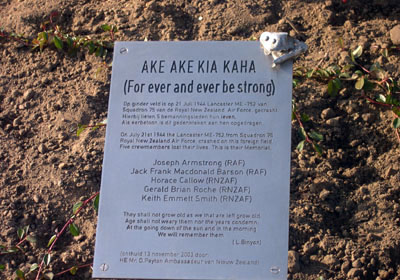 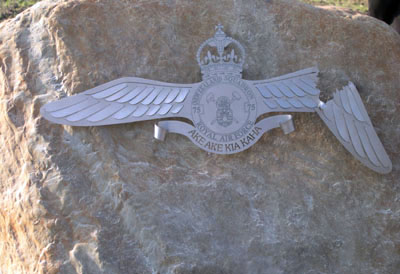 A small but impressive memorial in remembrance of the crew of the Lancaster ME752 of the 75th (NZ) squadron of the RAF which crashed on the field behind the monument on the 21st of July 1944.

The text on the memorial:

(For ever and ever be strong)

On July 21st 1944 the Lancaster ME-752 from Squadron 75 Royal New Zealand Air Force crashed on this foreign field.
Five crewmembers lost their lives.
This is their Memorial.

They shall not grow old as we that are left grow old
Age shall not weary them nor the years condemn
At the going down of the sun and in the morning
We will remember them
( L. Binyon)
( Onthult 13 november 2003 door :
HE Mr.D.Payton Ambassadeur of New Zealand)