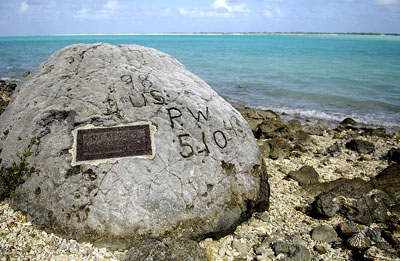 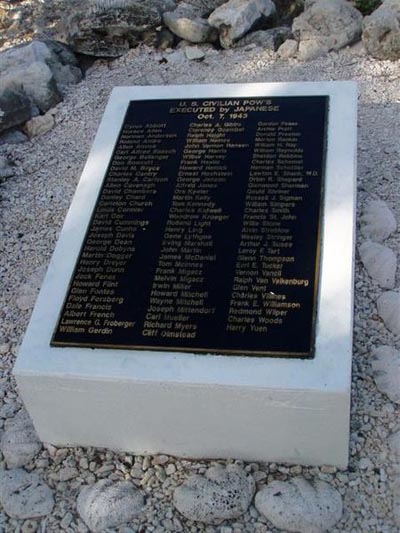 98 American POW's were blindfolded and machine-gunned on 7 October 1943 after an American bombardment on Wake island had occured. One person managed to escape and carved the message "98 US PW 5-10-43" on a rock near the spot where his comrades were buried. The unknown American was captured for the second time and beheaded by admiral Shigematsu Sakaibara himself. After the war, a memorial stone with the names of the murdered civilian POWs was places near the "98" rock.