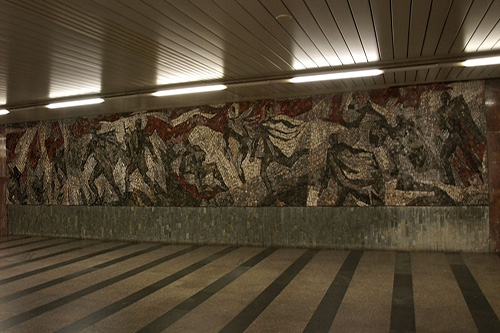 This mosaic inside station Florenc depicts a heroic scene from of the Battle of Sokolovo, which started on 8 March 1943 and ended four days later. It was the first time Czechoslovak units allied with the Red Army were deployed during a battle on the eastern front.