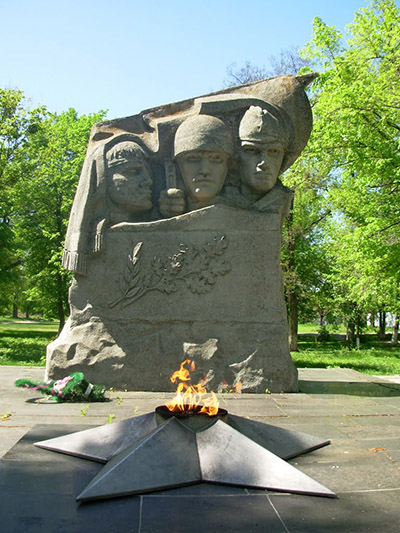 This grave contains the remains of 1895 Soviet soldiers and officers who fell in 1943, including 19 members of the "Shironintsev" platoon, which inflicted heavy losses on the German Army here in 1943. All 25 members were awarded the Gold Star and declared Heroes of the Soviet Union.