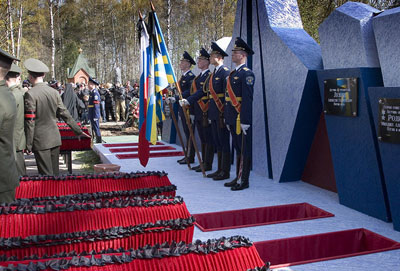 This collective grave contains the remains of six 'Heroes of the Soviet Union'. They fell in the Great Patriotic War. Their names are: