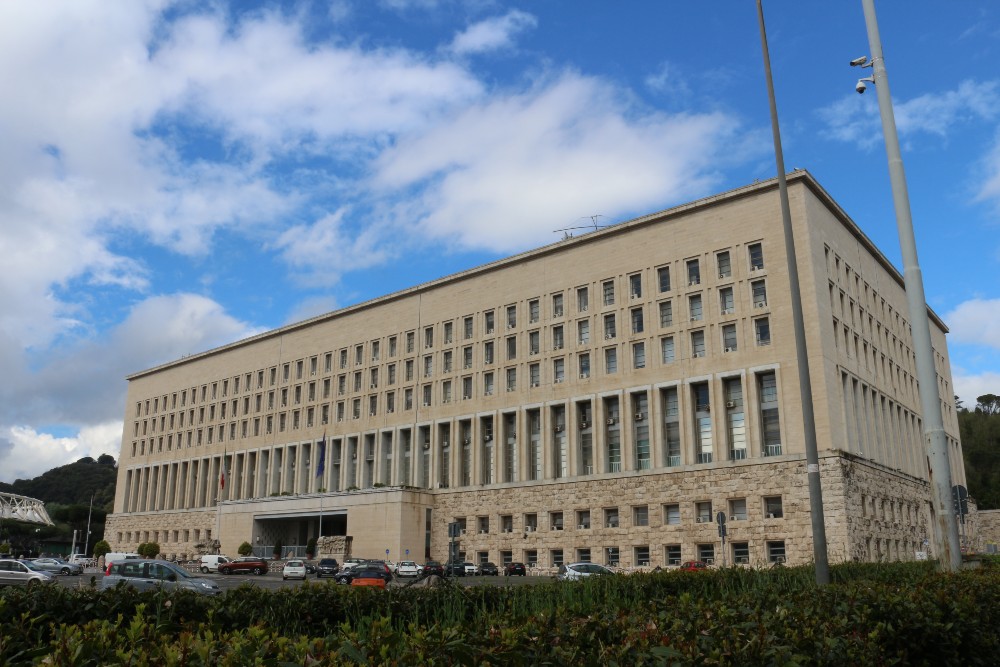 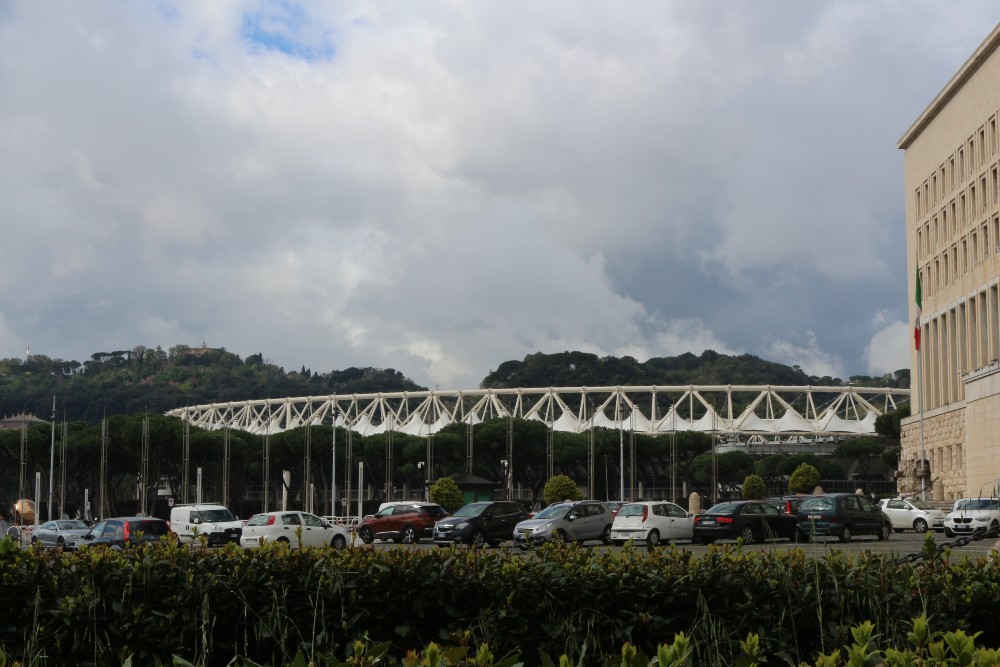 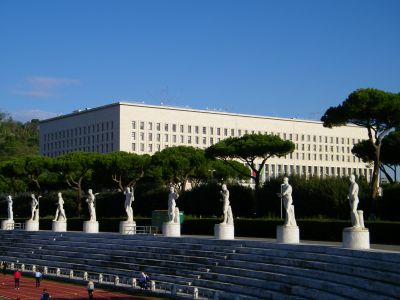 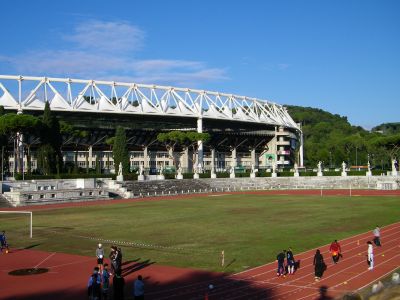 The "Foro Italico" was build as "Foro Mussolini" and was one of the most important prestigious objects of the Italian Fascism. The Foro is a large sportcomplex that was build for the Olympic Summergames of 1940 that were to be held in Rome (The outbreak of World War Two prevented these games to take place). The complex houses the Olympic Stadium, an Olympic Swimming pool and several other buildings for sports and housing the athletes.

The architects Enrico del Debbio ans Luigi Moretti were asked by Mussolini to create a sphere that would be greater then the Fora of Ceasar and Augustus. This way the Foro Italico was to be an example for the propaganda use of Sports to the Fascists as the 1936 Olympics were to the Germans.
Besides the sporting buildings and the Mussolini Obelisk in the foro is a gallery with 60 marble statues and a mosaic with the texts DVCE ( Leader"), DVCE A NOI ( Our Duce"), MOLTI NEMICI MOLTO ONORE ( Many enemys, much honor") en DVCE LA NOSTRA GIOVINEZZA A VOI DEDICHIAMO ( Duce, we give you our youth").

The Ponte Duca d'Aosta bridge was the entrance to the complex.
The name "Foro Italico" was given after the falling of the Mussolini Government in 1944.