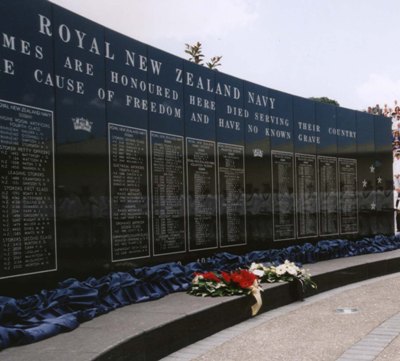 The text above the names on the memorial reads:
ROYAL NEW ZEALAND NAVY
THOSE WHOSE NAMES ARE HONOURED HERE DIED SERVING THEIR COUNTRY
AND THE CAUSE OF FREEDOM AND HAVE NO KNOWN GRAVE