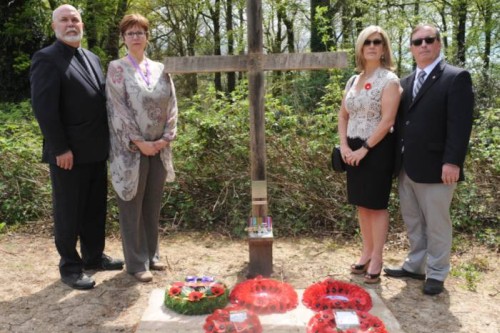 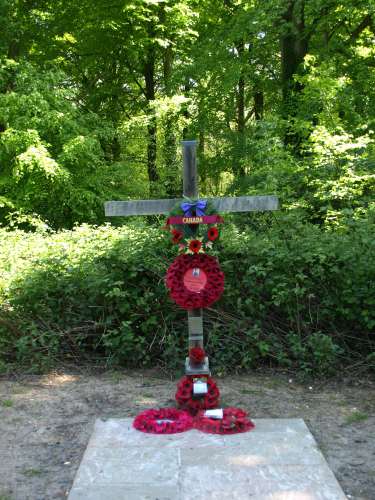 After returing from a sortie over The Channel on May 7th, 1944 Justin Gerard Clermont was killed when his Hawker Typhoon JR257/HH-W exploded over Stansted Estate, Rowlands Castle, Hampshire.

On the estate a memorial cross was erected by Mr Graham Alderson in 1991 which, unfortunately, had deteriorated over the years. The Friends of Stansted Park (FOSP) Committee agreed to rebuild the memorial as a fitting tribute to perpetuate Justins memory, which was erected on November 11th, 2015. The new memorial was dedicated on May 6th, 2016 where four of his nieces and nephews attended.