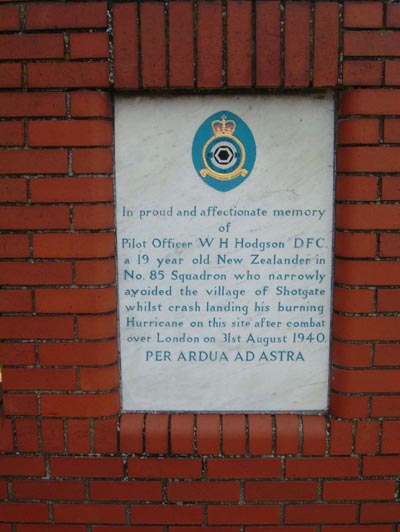 This plaque commemorates the heroic action of the RAF pilot William Henry Hodgson on August 31 1940, for which he received the Distinguished Flying Cross. The text on the plaque reads:

"In proud and affectionate memory of Pilot Officer W H Hodgson DFC, a 19 year old New Zealander in No. 85 Squadron who narrowly avoided the village of Shotgate whilst crash landing his burning Hurricane on this site after combat over London on 31st August 1940. PER ARDUA AD ASTRA"