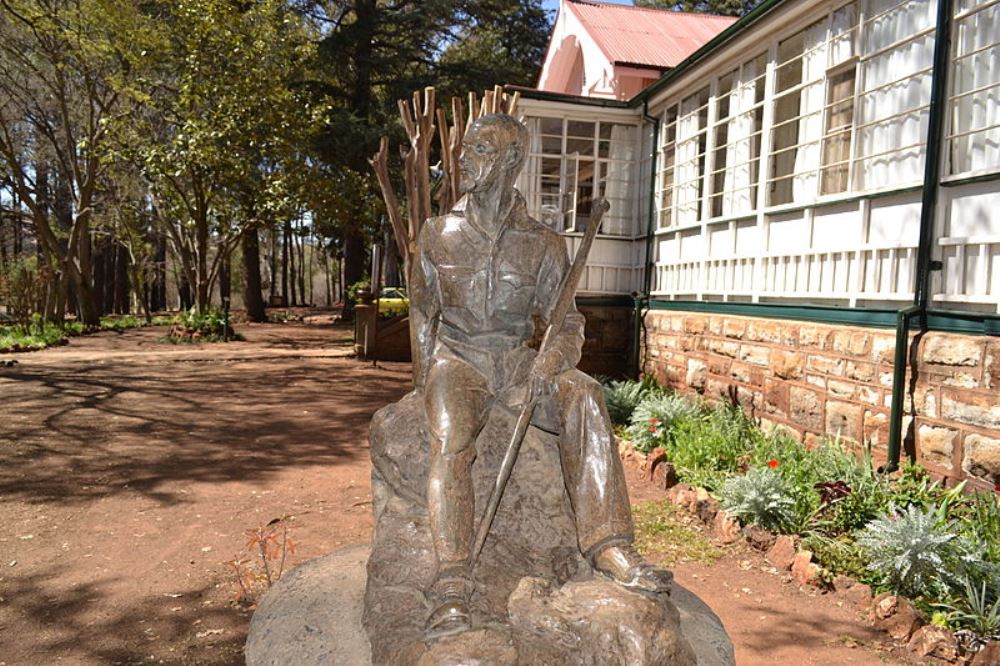 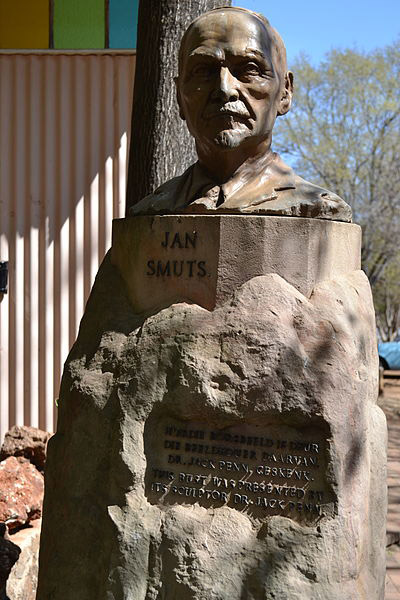 This memorial commemorates Jan Christian Smuts (1870-1950). He was a South African general and statesman. During the Second boer War (1899-1902) he excelled as a general of the Boer. After the war, Smuts as prime minister of the Union of South Africa from 1919 until 1924 and from 1939 until 1948.
In 1917, he was Minister of Defence and became member of the Imperial War Cabinet of the British prime minister David Lloyd George, where he was involved in all major decisions in the First world War. As prime minister, he followed a pro-British direction and South Africa participated actively in the Second World War. In 1941, he was promoted to British field marshal.