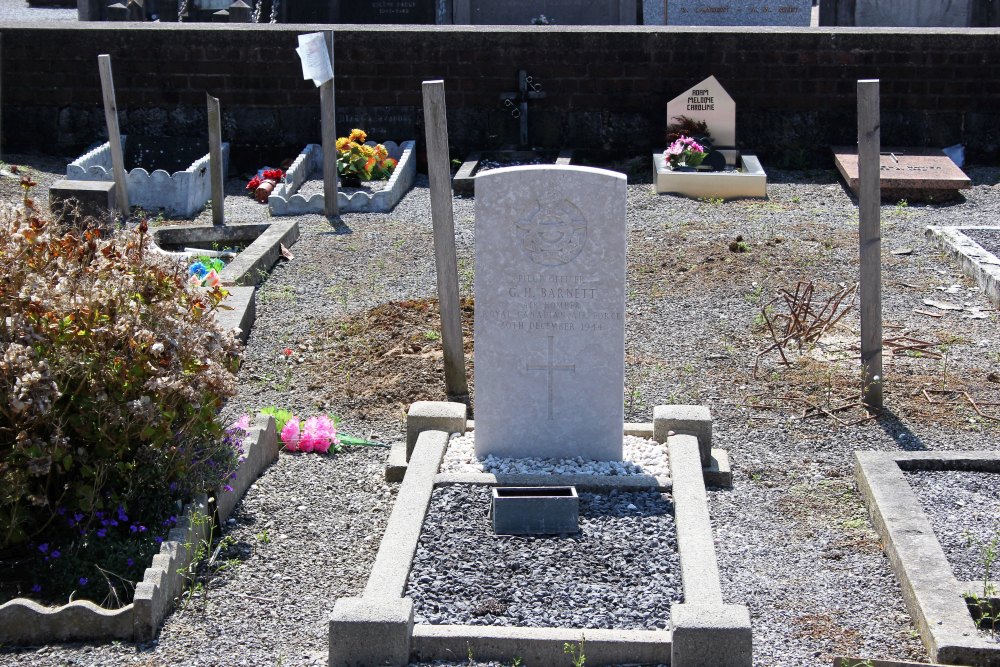 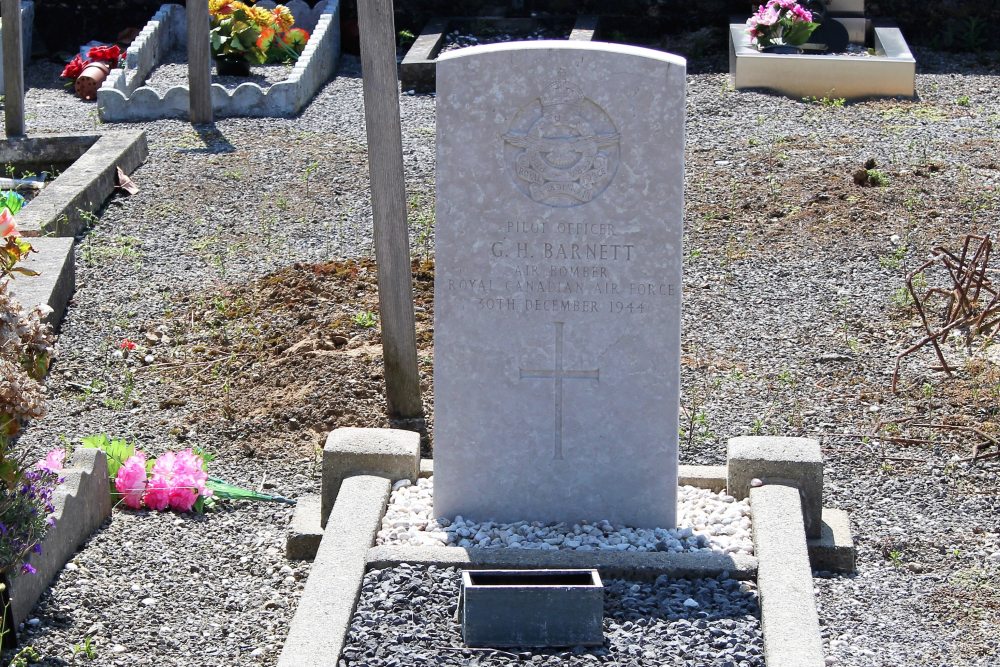 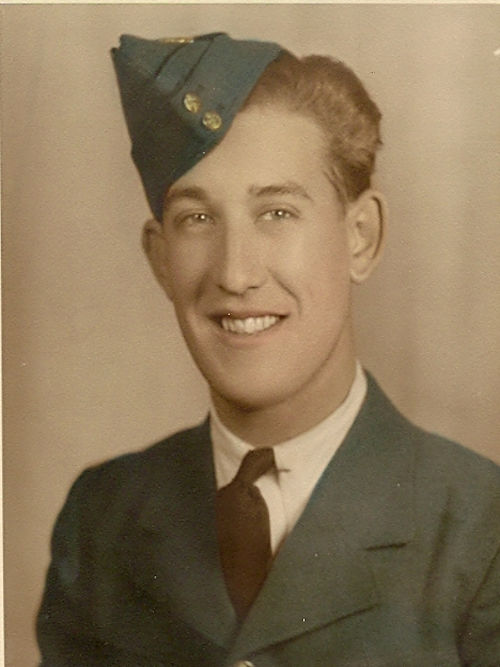 Jemeppe-sur-Sambre Communal Cemetery contains one Commonwealth War Grave from World War II.
This is the grave of:

Halifax NP812 QO-T, 432 Squadron.
On the night of December 29-30, 1944, the Halifax NP812 was on its way back from Trois-Dorf, and was hit hard by flak near Liege. And two engines became unusable.
The navigator was seriously injured and the P/O George Barnett, who misinterpreted orders, used his parachute, and succumbed to his injuries after landing.
Flying Officer Baxter, confronted with injured crew members and with the plane almost uncontrollable, Flying Officer Baxter managed to make a remarkable two-engine landing on Woodbridge.