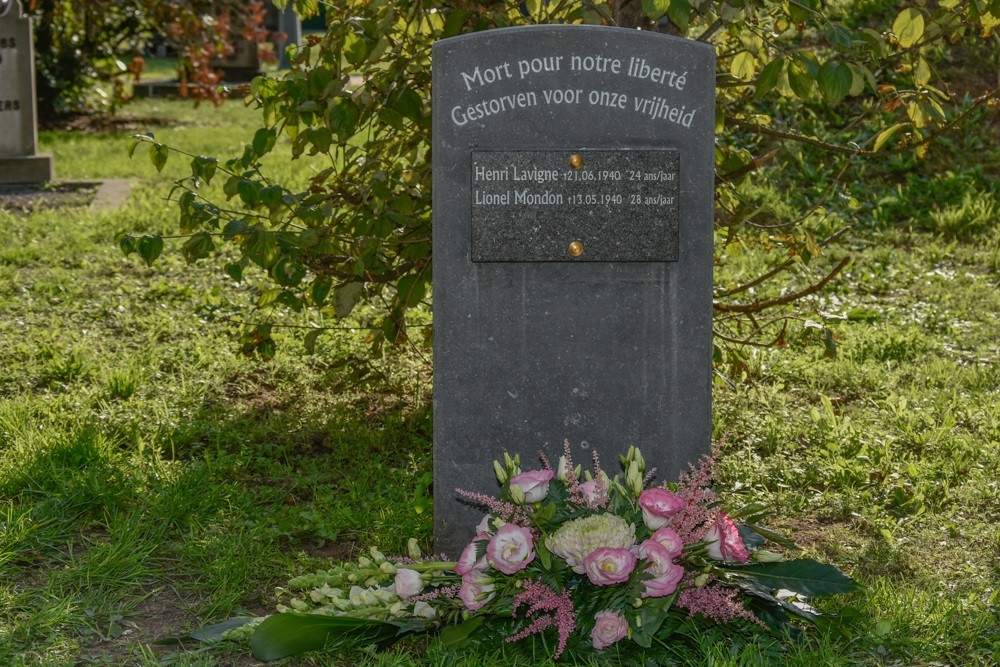 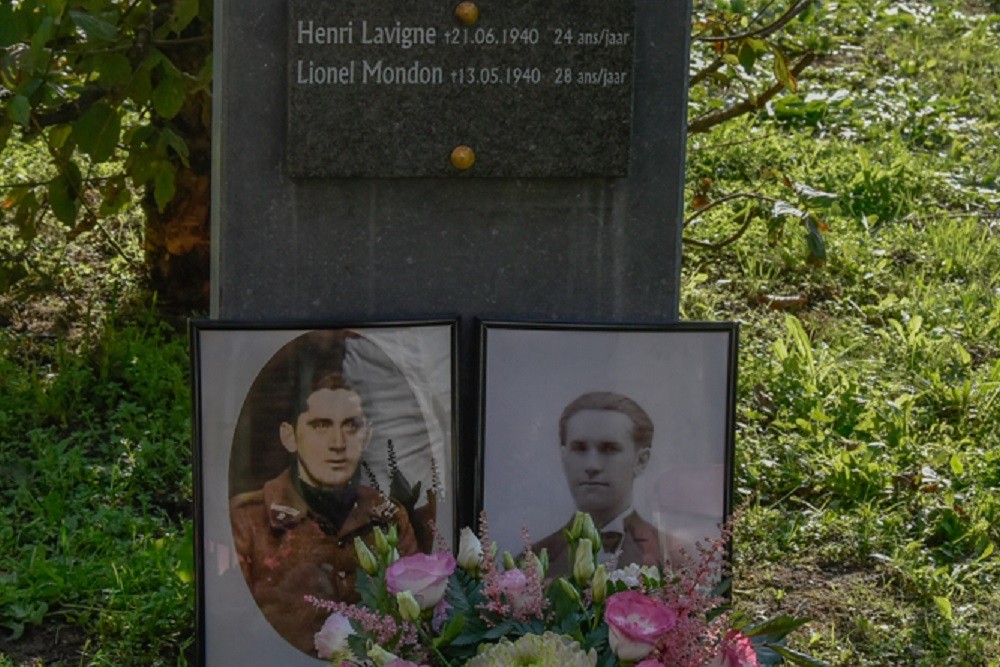 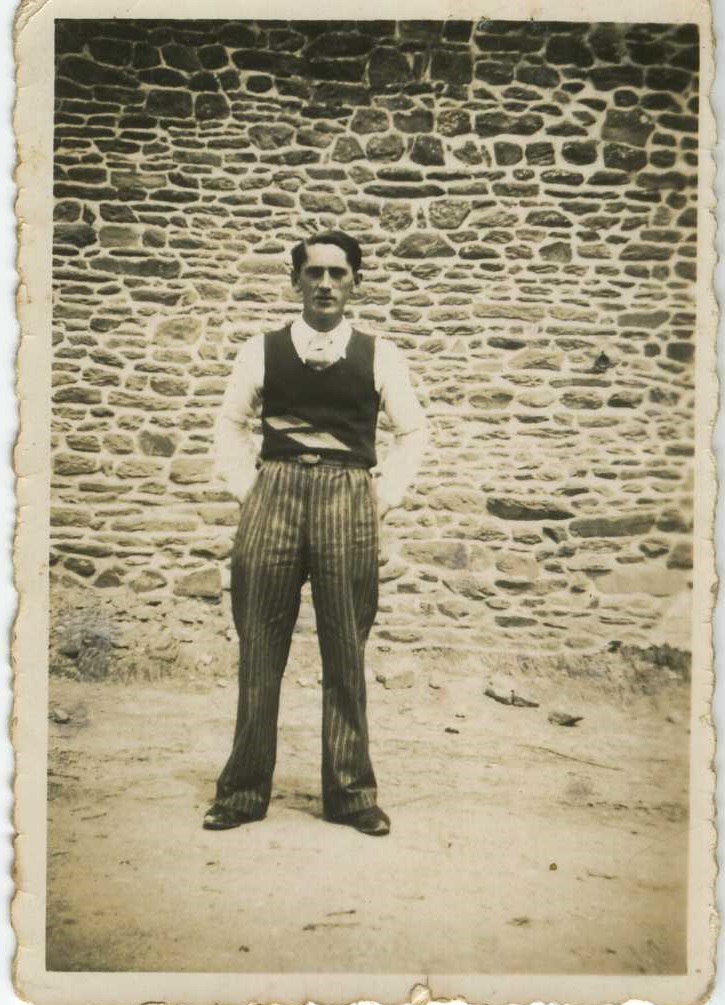 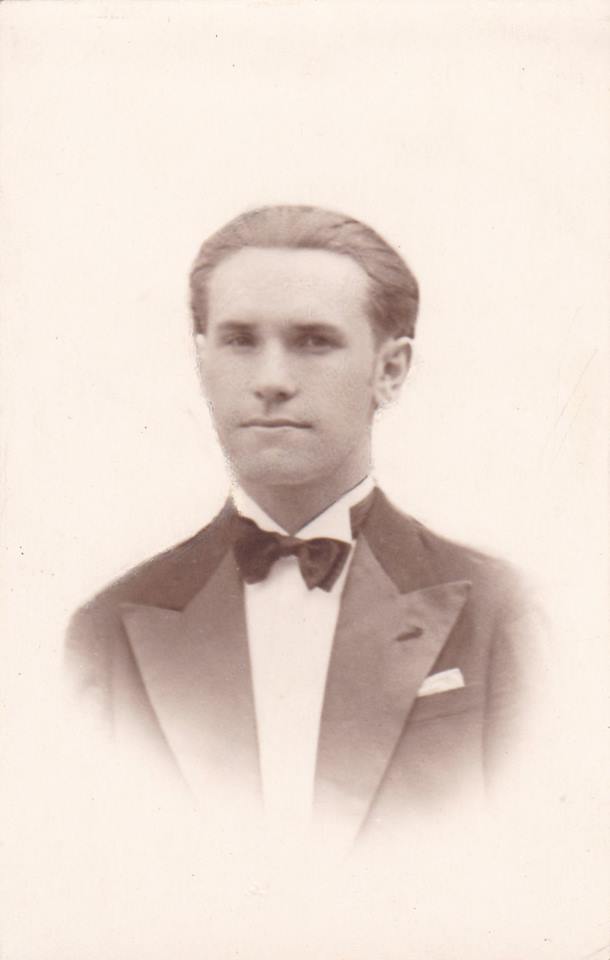 The old municipal cemetery - now known as the Boulevard Park - contains a memorial stone for 2 French soldiers.
Private Henri Ludovic Marie Lavigne, 7778/1, 2 GRCA
He was injured during the May Day fighting in 1940 and was hospitalized in Mol. He died there on June 21, 1940 at the age of 24. He was first buried in Boulevard Park and was given a funeral by the German army with honor. After the war, his body was taken to France (Servon - Manche) and buried in the family grave.

Lionel Paul Michel Mondon, Brigadier-Chef 2nd Squadron Hotchkiss H35, 18th Regiment de Dragons.
On May 13, 1940, Lionel's unit attempted to seize the bridge near Mol-Gompel. The German army had dug in and deployed anti-tank weapons. When arriving on the Gompelbaan in the direction of Mol-Wezel, his tank dome was hit by an anti-tank weapon. Lionel died instantly, he was 28 years old.
The driver of the tank, called Peltier, turned around and drove back to the command post on the Markt van Mol. At 7 a.m., Lionel's death was diagnosed as the first fatality in his unit.
His buddies took him to Ranst, where he was temporarily buried. After the war, his body was taken to France (Nogent sur Seine) and buried in the family grave.