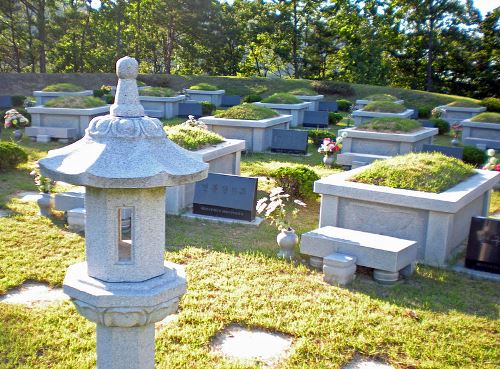 This cemetery, opened in 2009, holds remains of some victims of the 1950 refugee massacre at No Gun Ri. Under a railroad-bridge, from 26 to 29 July 1950, hundreds (estimations are between 163 and 300) South Korean refugees were killed by a U.S. air attack and the actions of the 2nd Battalion, 7th U.S. Cavalry, because they believed some of the refugees to be North Korean soldiers in disguise. The victims mainly were women and children.