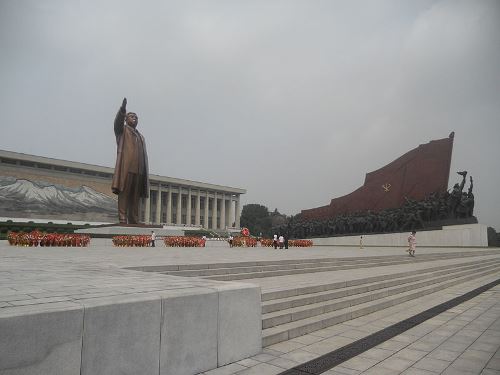 This statue honors Kim Il-sung (15 April 1912  8 July 1994). In World War II he was involved in the Korean resistance against Japan. Until 1945 he served in the Russian Army. In the Korean War he was the Leader of North Korea (which he remained until his death) and Supreme Commander of the North-Korean Army.
The statue is located at the Mansudae (Mansu Hill) in Pyongyang. Nowadays another statue of Kim Jong-il is located next to it.