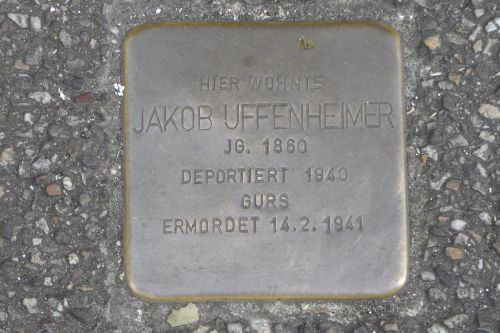 This memorial stone (so called Stolpersteine of stumbling blocks) commemorates:
Jakob Uffenheimer (born 1860, deported in 1940 to Gurs, murdered on 14-2-1941)

Text on the stone: