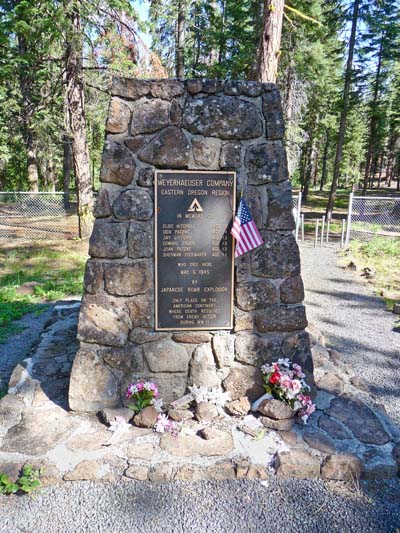 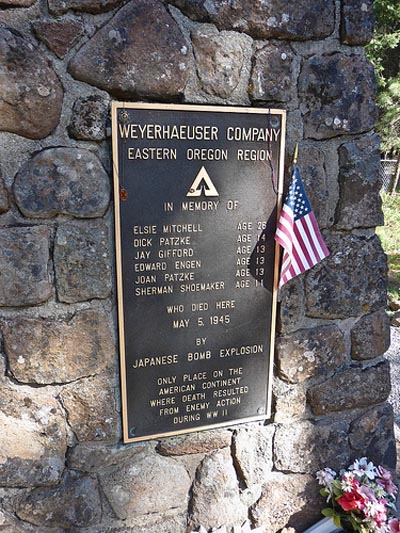 This memorial commemorates the attack with a Japanese Fu-Go bomb balloon on a group of children and their supervisors during a picknick on 5 May 1945. The bomb explosion killed 5 children and 1 adult. They are the only war death on the American continent caused by enemy fire during the Second World War. The text on the memorial reads:

WHO DIED HERE
MAY 5, 1945
BY
JAPANESE BOMB EXPLOSION

ONLY PLACE ON THE AMERICAN CONTINENT WHERE DEATH RESULTED FROM ENEMY ACTION DURING WWII."