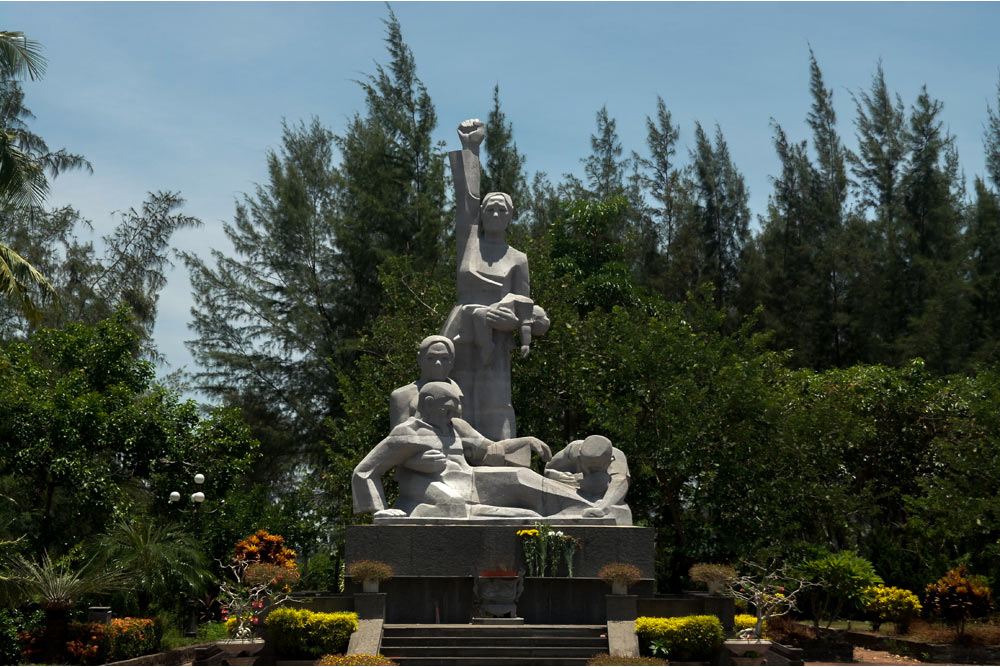 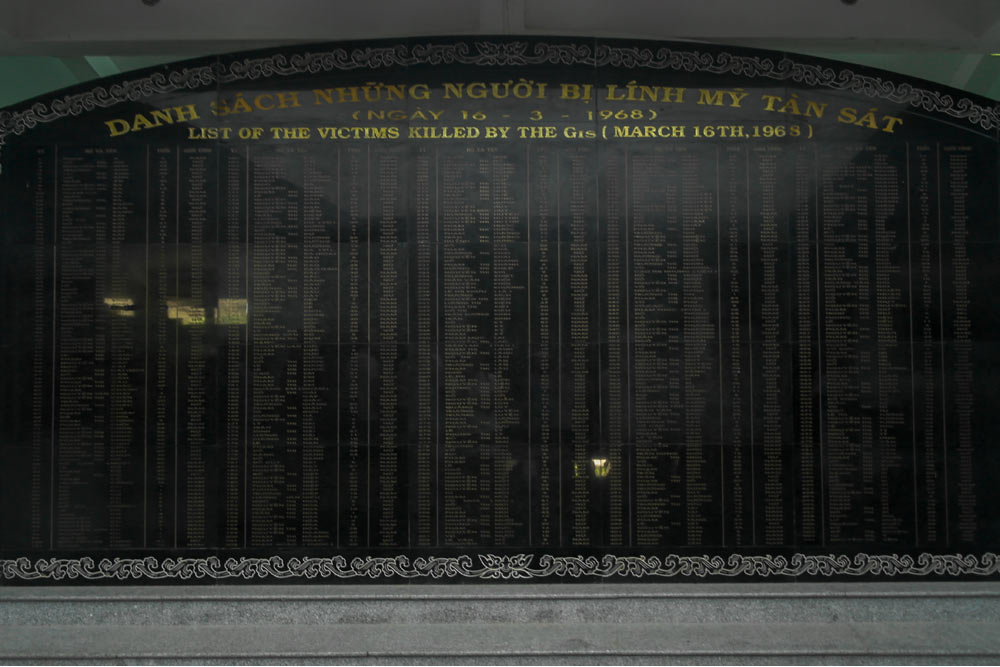 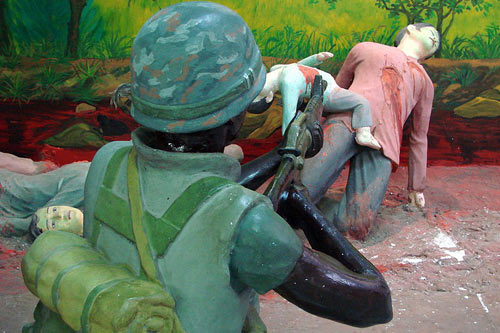 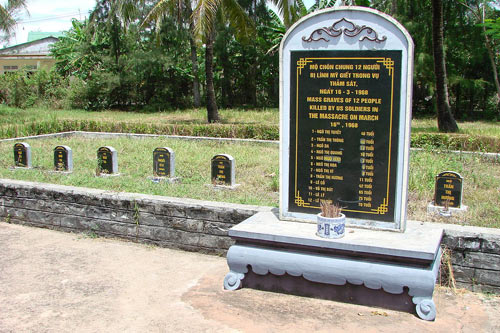 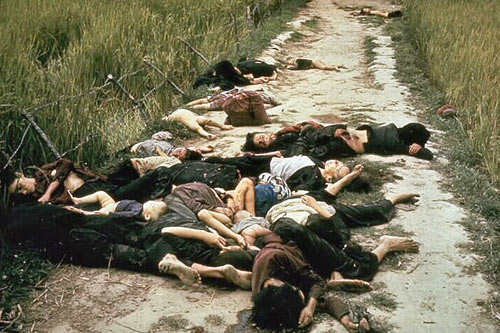 This memorial site in Quảng Ngãi with monuments, remnants of a village and a small museum commemorates the victims of the massacre of Mỹ Lai that took place here on March 16, 1968.

On March 16, 1968, the village of Tu Chung, part of the larger village of Son My was a place of horror, some 400 civilians were killed by US soldiers of Charlie Company, 11th Light Infantry Brigade. The victims were mainly women, elderly people and young children. Several of the victims were first tortured and beaten and many women were raped before their executions. The huts and houses were set on fire and the fleeing people were killed by machine gun fire. Grenades were thrown, grenade launchers were used and people were stabbed with bayonets. Women tried to protect their children, but to no avail, most children were killed as well. Most murders were committed in the hamlet of Xom Lang (My Lai) by the 1st Platoon. A mile away in the hamlet of My Hoi, Co Luy (My Khe) another hundred civilians were killed by the Bravo Company. The reports of that time show a different story; more than a hundred Vietcong fighters were killed and about 20 civilians as collateral damage. Rumours of more civilian casualties were dismissed as enemy propaganda. The act that started the massacre is unclear. The murders seem suddenly to have started and then it ran completely out of hand. Several sources report that the victims were regarded as Vietcong, but they were unarmed and were mostly children. There were also people rescued by the American pilot Hugh Thompson after he had seen the dead bodies from the air, he saved several civilians with help of his team by putting them in his helicopter and bring them to safety.

The Vietnam War is known for atrocities, this war was different than all the wars before. The goal was not to hold the conquered land, they often would leave again the same day. What mattered was the so called body-count, the number of enemy dead. Some sources mention that this kind of civilian massacres took place monthly and that they were covered up by the US military. With the massacre in My Son, however, there is no question of it, since it's all captured on camera by a war journalist (see photo 5). Around one year after the killings, the US military launched an investigation. This followed after a letter that GI Ronald Ridenhour wrote to President Nixon, the Secretary of Defense and some other Americans in high positions. There followed an investigation and a lawsuit later. Of the hundred American soldiers who were present during the massacre, one was convicted, Lieutenant William Calley. He received a life sentence, which however was later commuted to house arrest and after three years it was eventually acquitted by a general pardon of Nixon. 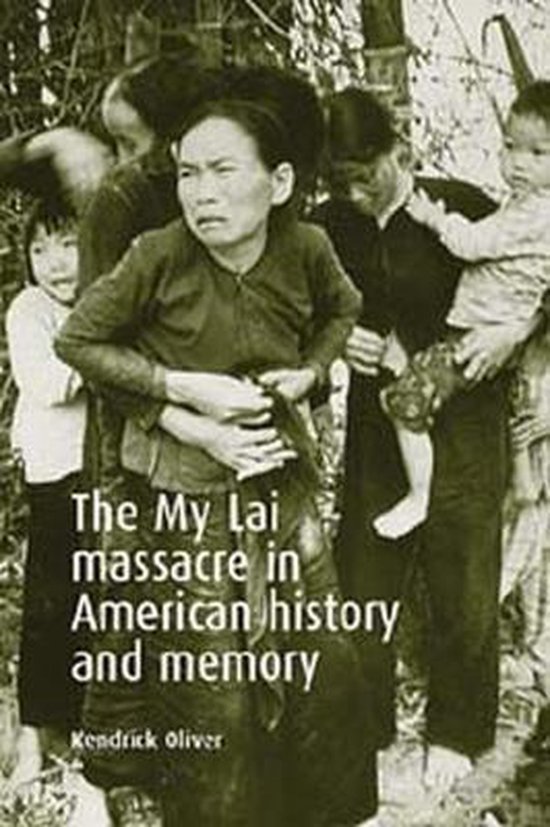