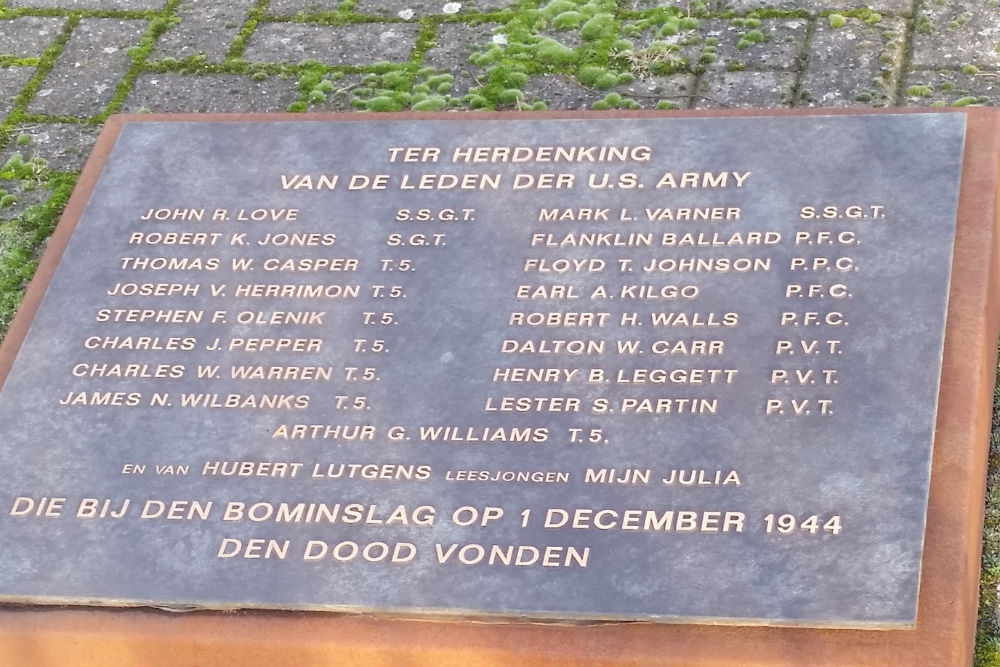 On the 1st of December 1944 a German pilot dropped a bomb on the terrain of the coal mine Julia. This bomb exploded between American soldiers who were standing in line for the kitchen. 17 of these soldiers fell because of this and also a Dutch employee of the mine, Hubert Lutgens.