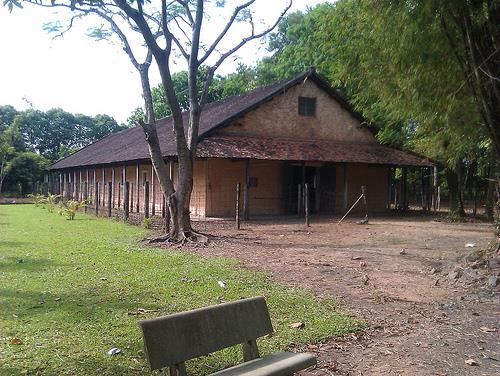 The Phu Loi Airfield in Phú Lợi was built by the Japanese in the Second World War. During During the First Indochina War the base was used by the French as a prisoner of war camp for captured Viet Minh. Following the end of the war it was used to imprison opponents of the Ngo Dinh Diem government.
During the Vietnam War, the airfield was used by U.S. Army aviation units and was named Phu Loi Base Camp (also known as Darkhorse Base or Phu Loi Field).
The former prison is now a museum.