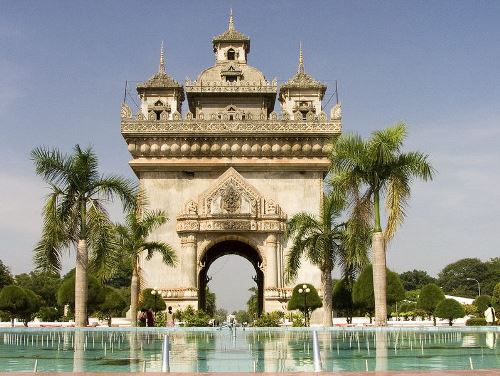 This memorial, also known as Patuxai (meaning Victory Gate or Gate of Triumph) commemorates the Laotian soldiers who were killed in World War II of the Forst Indochina War (the independence war from France in 1949).
The memorial was built using American funds and cement actually intended to build a new airport. Thats why it earned the nickname "vertical runway".