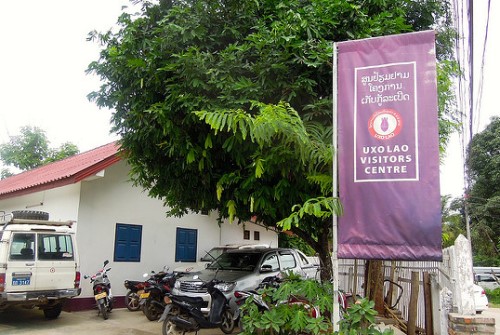 This small museum of UXO (Unexploded Ordnance Programme) provides a good view of the impact of the bombs which have fallen during the Vietnam War. It also pays attention to the problems that Laos still have today because of the bombing and how they deal with it.
It is estimated that there are about 80 million unexploded "Bombies" (mini-bombs which were encased in cluster bombs) in Laos. Laos was on average every 8 minutes bombed by the Americans for nine years, from 1964 to 1973, during the "Secret War". There fell more bombs on Laos than that were totally used by all countries involved in World War II.