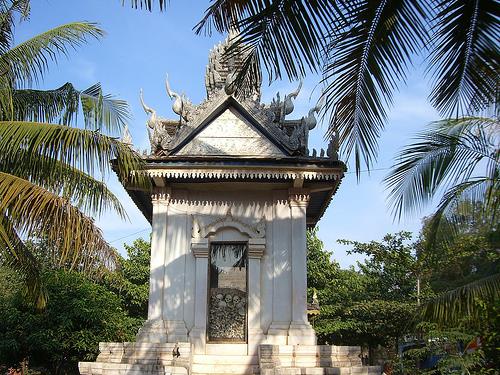 This is one of the more than 300 "killing fields" in Cambodia. Many people were killed here between 1975 and 1979.
Research has shown that a total of 1,386,734 people were probably killed by the Khmer Rouge. In addition, there are hundreds of thousands to millions who perished because of the consequences of their policies.

In the memorial are the skulls of people who were buried here in mass graves.