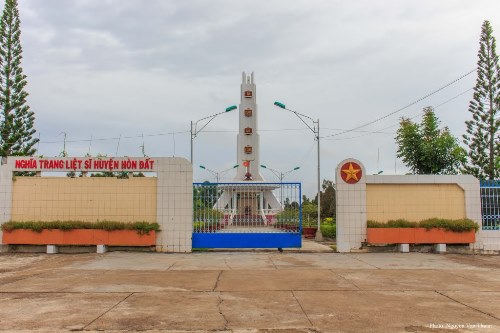 On this war cemetery or martyrs cemetery (Nghĩa Trang Liệt Sĩ huyện Hòn Đất) are the graves of soldiers of The Vietminh from the First Indochina War (Vietnam against the French from 1946 to 1954) and of soldiers of the People's Army of Vietnam or members of the Vietcong who were killed in the Vietnam War. This war is also known as the Second Indochina War and in Vietnam as the Resistance War Against America or simply the American War.

Memorial Martyrs Hon Me - Tho Son