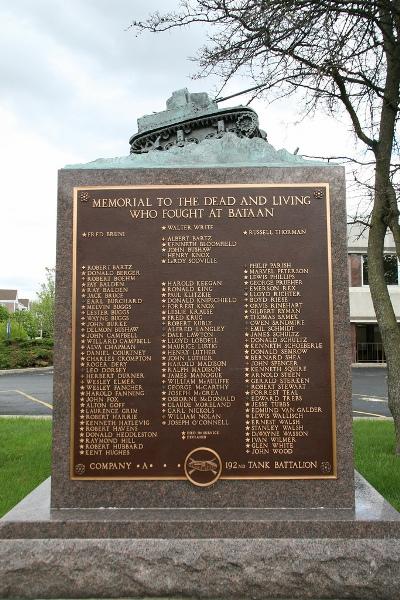 This memorial commemorates the Janesville 99. They were 99 Army National Guard soldiers from Rock County who defended the Philippines against the Japanese invaders at the start of the Second World War.

After the surrender, they were forced tot the Bataan Death March and endured years of brutality, disease, starvation and slave labor in Japanese prisoner of war camps.

Only 35 of the 99 survived the Second World War.